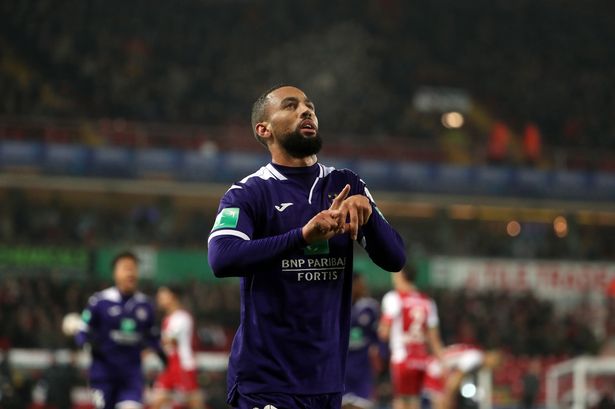 Rangers’ curious current connections with players in Belgian football have continued today after Anderlecht’s Kemar Roofe was linked again with a move to Ibrox after interest in the English striker was attributed to Rangers some many months/years ago.

In fairness this story appears to have been a conjecture piece from a notorious national red top, but it is well known Rangers were heavily linked last summer with a move for the 27-year old during his Leeds United days. And with 6 in 13 this campaign he’s another one to make the headlines in the Jupiler League, which seems to be the place to go for footballers to reignite their careers these days.

The rumours around Alfredo Morelos refuse to go away, but equally, the bids and interest appears to refuse to arrive so it’s a bit of a catch 22 there.

And Roofe is only one of a fair whack of strikers being linked in, but the reality appears to be unless the Colombian is indeed sold, none of these names will arrive, it appears.

As for the English Jamaican, he’s a decent striker, with a very strong return in every season he’s played. But he’s never played at a particularly high level, with the Belgium top flight arguably on a par or maybe weaker than the English Championship.

He also has no caps for his nation of choice, Jamaica, despite being 27, and it’s hardly blessed with the greatest players around.

But either way, Kemar Roofe’s name is one to crop up again – although he’s under contract for another two years in the land of iced tea.