Home Rangers Major announcement will give massive boost to Rangers 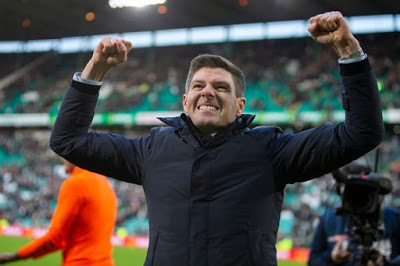 Rangers have confirmed today no winter break which has been the biggest source of aggravation since Steven Gerrard took charge.

Of course the reason for this change this time is down to the passing crisis and potential fixture congestion but the winter break has completely derailed Rangers’ excellent form two seasons in a row, and the fact it’s been abolished for this year can only help matters.

The break just didn’t work for Rangers, didn’t help – it took the rhythm away and took our foot off the gas. All the momentum of beating Celtic two Decembers in a row was gone when the side turgidly returned at a snail’s pace and couldn’t recover the old form.

This season, that obstacle is gone – no winter break.

As we say, it’s not for football reasons, strictly speaking, but it does have the side benefit of helping our form, and it’s been the one thing fans have been unable to get their heads around.

Just why was the form so bad when we came back from the break?

Celtic’s was fine – it had the opposite effect. They went into theirs in poor form and came out invigorated – two seasons in a row.

Rangers, it was the polar contrary – great form then horrendous.

This change in policy for next season is probably some of the best news we’ve seen.

Use it well, Rangers.