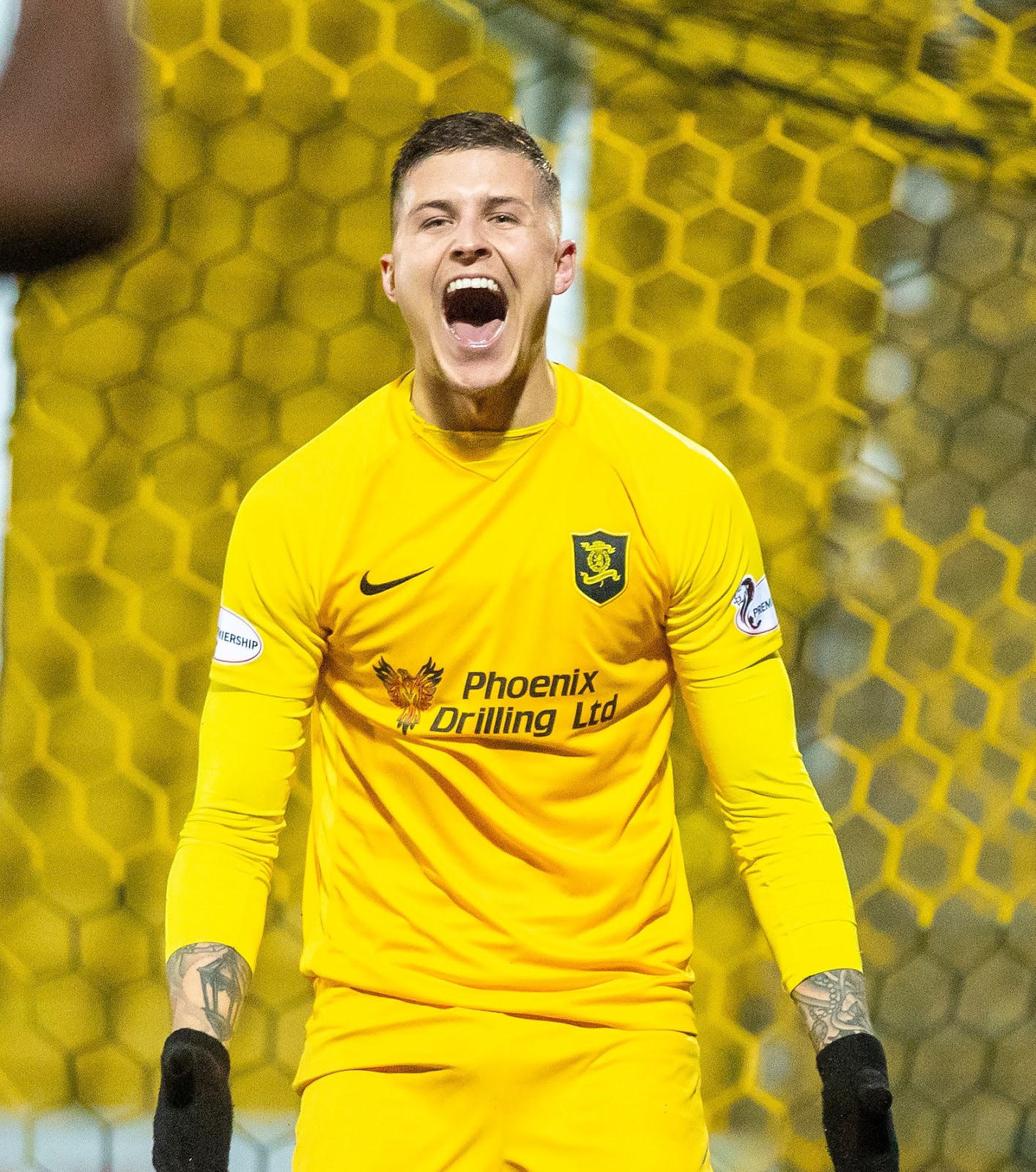 Twitter and FB have gone ballistic with the rumour Livi striker Lyndon Dykes has signed for Rangers and dyed his hair blue in celebration.

The big Aussie’s future has been subject to intense speculation over the past few months, with Rangers a popular destination after he admitted he was looking for the next big stage in his career, but rivals Celtic also got a mention in potential suitors leaving something of a tug of war.

But today the £2M-rated hitman has been alleged to have signed and sealed his move to Ibrox, the 22 goals and assists striker’s sizzling form being rewarded with the move he wanted.

If this story is true, and we emphasise we can’t be sure yet, it gives Rangers either an instant Morelos replacement, or a top-quality second striker option, with Jermain Defoe as backup.

Many rate the Livi striker highly, and would be happy with him at Ibrox in any capacity, while others believe the club ‘could do better’ and 22 goals and assists in 33 matches for a modest team like Livi isn’t enough at Ibrox.

Time will tell, but Ibrox Noise is on record as saying we hope this story is true.

Would you be happy with Dykes at Ibrox?
Created with PollMaker