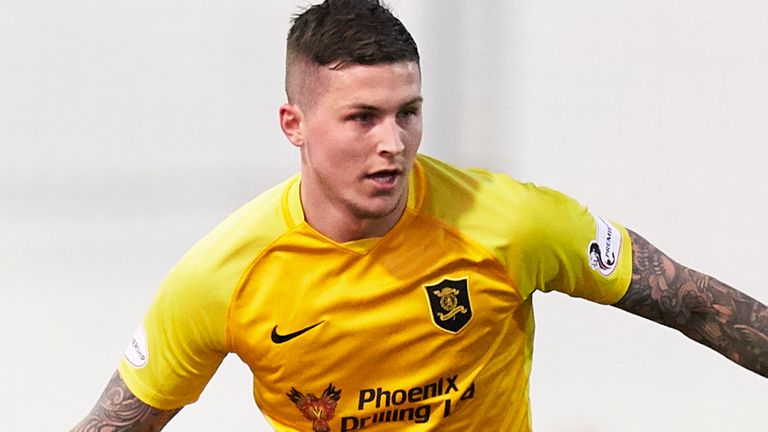 The 24-year old Gold Coast striker has been subject to major speculation over his future, and it is now inevitable he’ll leave Livingston for the right offer, but blue hair and media speculation have seen the links with Rangers grow majorly the past few weeks, and today he did his utmost to confirm it’s what he wants.

“I haven’t heard anything on Rangers but I don’t see why I couldn’t step into a club like Rangers. Obviously they are a massive club in Scotland but I back myself 100 per cent. If a move did come, I would love that. You get older each day as people say, a career goes quick in football. I want to play at the highest level I can, if that’s down in England or in Scotland or wherever it is, that’s something that I aim to do.”

About as blatant a ‘come and sign me’ plea as it gets, only hours after his Rangers-hating team mate Marvin Bartley tried to dismiss the blue hair stunt as just boredom on the part of the prolific front man.

In short, Dykes has now announced he wants to join Rangers, and if Rangers can put together a £1M or £2M package, he’ll be on our doorstep before you can say ‘Just For Men’.