Home Rangers “Going down the pan” – the end of Scottish football? 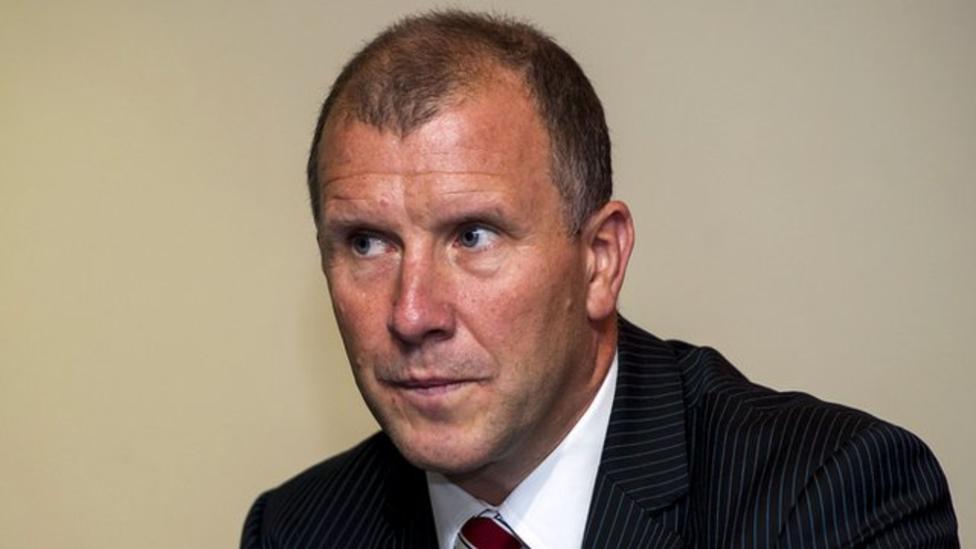 Ok, he wasn’t exactly Mr Popular himself either when he was in office, but former CE of the SFA Stewart Regan’s comments today we have to say are bang on the money, even if he is a part of the cause.

“Scottish football is in a dreadful position. Falling out, animosity, legal challenges – all these things are just not where the league needs to be ahead of the start of a new season, a new TV contract. If we do nothing, Scottish football is going down the pan. Lack of relationships, lack of sponsorship, lack of interest – it’s really going to struggle unless it picks itself up and puts a plan together. There’s never been a better time to start talking about giving clubs an opportunity to move up the pyramid in a kind of cross-border format.”

Of course, this is not the stuff he’d ever have dared said while in power, and let’s not forget how anti-Rangers he appeared during his tenure, but he certainly wasn’t as bad as his SPFL counterpart Neil Doncaster who clearly decided swallowing a thesaurus was the best way to prove his competence.

But ignoring CVs, Regan is hardly wrong, albeit it equally hardly takes a brain surgeon (why is it always a brain surgeon or rocket scientist) to observe these patently obvious and glaring realities.

Regan’s words are scathing – Scottish football is basically f****** to put it politely. It has absolutely no direction, it has no decent leadership or organisation, and it is a league which sponsors have no interest in.

This slide, naturally, did start during Regan’s reign, if not before, so he’s no innocent here, but just because you’re part of the cause doesn’t mean you can’t also call it out for what it is.

The SFA have been under less fire lately because of just how shocking the SPFL have been – that’s how bad Doncaster and co have been, that they’ve surpassed the SFA for bumbling ineptitude.

But ultimately, whoever is to blame, we can’t see any way out of this dark abyss any time soon.