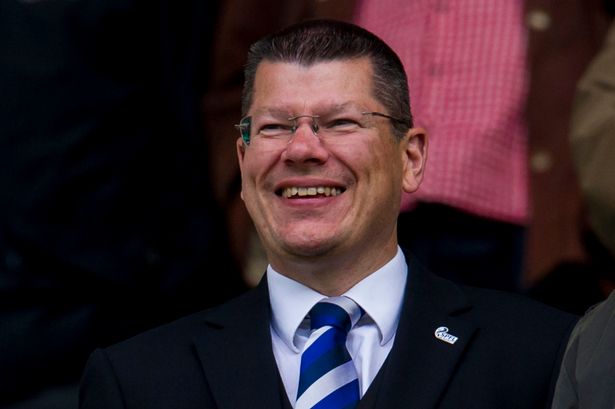 Partick Thistle’s announcement today that they’re joining forces with Hearts to take legal action may  be something in which we’re in favour of on the surface, but looking deeper we realise this simply makes our game even worse.

Remember, Thistle pleaded with clubs to think of the game and not themselves, to think of the sport overall and not to be selfish in terms of their vote, to forget petty agendas and do the greater good.

Of course the resolution failed and things will remain as they were.

So what do Thistle today announce?

That they’re going to be selfish too and take the country to court.

So, after extolling the virtues of community and the importance of not being selfish, they do a complete 180 and now will be selfish and take the SPFL to court over this.

The hypocrisy here is the mental illness of why our country is a complete backwater, ridden with agendas, fingers in tonnes of pies and absolutely no sense of the greater good at all.

It’s all me-me-me or us-us-us and no one gives a damn about anyone else.

Remember, there is a touch of ‘karma’ upon Hearts as they didn’t vote for Rangers to be admitted back to the SPL in 2012, but that’s the problem too – we’re using the word karma and saying Hearts only have themselves to blame.

This league, this country, this football association is a selfish load of rubbish, a sport which only cares about itself and isn’t interested in helping anyone.

Partick have now admitted that’s what they’re going to do – after stating how critical helping each other is, they have said f*** it and they’re joining in the self-serving.

And this is why our country will never be anything other than a hole.