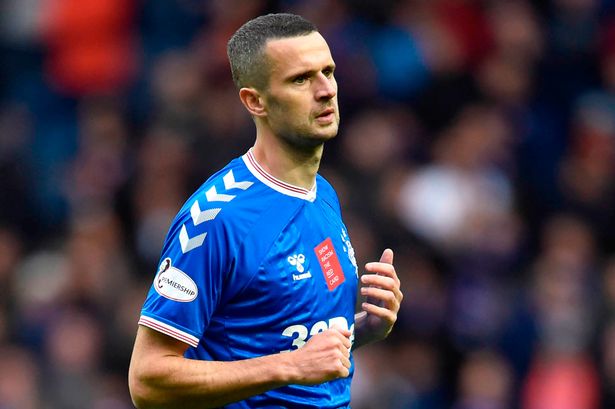 Earlier this month Jamie Murphy confirmed, naturally, that he’d left Burton and returned to Ibrox, and of course he was present and accounted for this week at Auchenhowie as the troops came back to go through their paces.

But it’s what he said to Burton on his exit, beyond the platitudes, that stood out:

“I wanted to say a big thanks to all the players, staff and supporters of burtonalbionfc for giving me the opportunity to play these last few months.”

Now obviously, the point of a loan is to get minutes, to play – but the way Murphy put this, beyond it being just polite, appeared to be a gentle hint to his permanent manager that he believes he has earned the chance to play for Rangers.

His assertive statement thanking Burton for giving him the chance to play seems to have been a bit of a ‘because my own club manager won’t’-type comment.

And in fairness, the replies Murphy got on social media were universally praising, both from his loan club and Rangers fans.

Yes, Murphy has a little competition for the slot, with Ryan Kent and… ok that’s really about it. Will Jordan Jones be considered, will Barker? And Hagi is no left winger.

In fact, Murphy probably stands a decent chance of being more involved, but then our manager has such a bad habit of having his favourites and never veering from them, and Murphy evidently isn’t one.

That said, before his injury, he was used very notably in the UEL, so maybe Gerrard will hoist him back into the first team again.