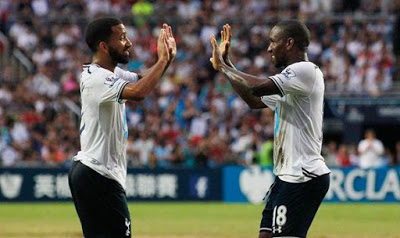 Rangers are well into the transfer window and while work has been done, none of it has really inspired fans overly.

Supporters want players who will strengthen the squad and give Steven Gerrard’s men a fighting chance of stopping 9.5IAR, and with that in mind it has been confirmed by Burnley that Sean Dyche is to release 33-year old former England winger Aaron Lennon.

The former Spurs star, who played alongside our very own Jermain Defoe for years, is out of contract and it would be a lie to suggest he’s finished.

Even last season he still managed 16 appearances as a fringe player in a high-flying Burnley side, and of course the Clarets also supplied Rangers with the outstanding Scott Arfield so the relationship between the clubs is good.

Could this be a useful addition to the squad, a player genuinely capable at the highest levels and with his 21 caps has experience as well?

He has 10 outings in the Champions League, and while he had his mental problems in 2017, it would be completely disgraceful to hold that against him.

The lad has a lot left to offer and is mainly a right winger, which is something Rangers don’t have a proper one of. We have a glut of lefties, Lord knows we have a glut, but high quality right wingers we have few to none of.

Lennon is one, he’s a top quality winger and with the Defoe connection as well, Rangers could well be in line to make a really excellent addition in the form of his signature.

Would you want Aaron Lennon at Ibrox?
Created with Poll Maker