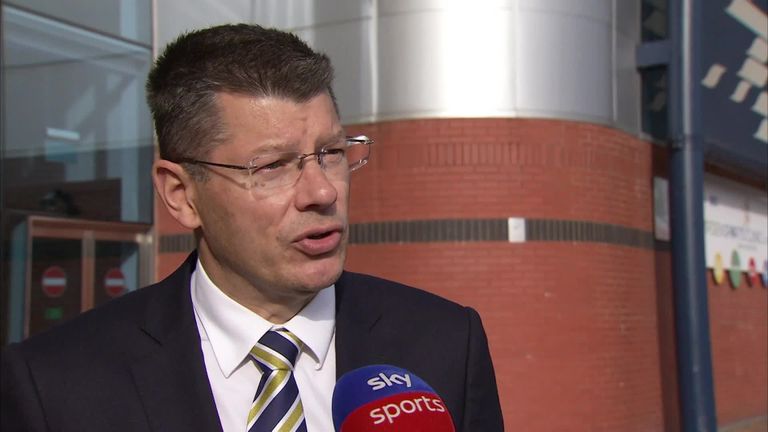 So as we discussed earlier, Falkirk’s Gary Deans has been vocal in condemning the incompetent SPFL for its alleged lies and deception after Scottish football’s league authority dumped reconstruction.

Let’s take a moment here to digest this:

The reconstruction talks, which were used as a bribe to persuade Dundee to vote yes, have now been scrapped for no apparent reason, and now a clutch of clubs such as Barry Ferguson’s Kelty Hearts and Brora Rangers have now been denied the promotion they were effectively promised as a result of these talks being dumped.

In short, it’s looking deeply like the SPFL 100% scammed the majority of Scottish football along with that ‘cabal’ of clubs at the highest end of the country (apart from Rangers) in order to force the title to Celtic and give the SPFL the yes vote they wanted.

And for Aberdeen’s Dave Cormack to suggest reconstruction isn’t feasible at this time is absolutely preposterous given all it literally takes is changing the number of clubs per league. It’s just because certain clubs and bodies want particular outcomes and reconstruction wouldn’t be conducive to that, because it would distract from what that mafia does want.

Yes, the SPFL proposed reconstruction as a carrot for the yes vote, especially to Dundee, appointed Les Gray and Ann Budge on the talks board then just dumped it.

We’ll guess, then, that Gray and Budge didn’t exactly agree with that decision – and we suspect Gray now feels a bit silly for backing the SPFL so vehemently – or was that part of the scam?

Either way, teams like Kelty, Stranraer, Hearts and indeed Rangers can certainly consider legal action, over a multitude of issues.