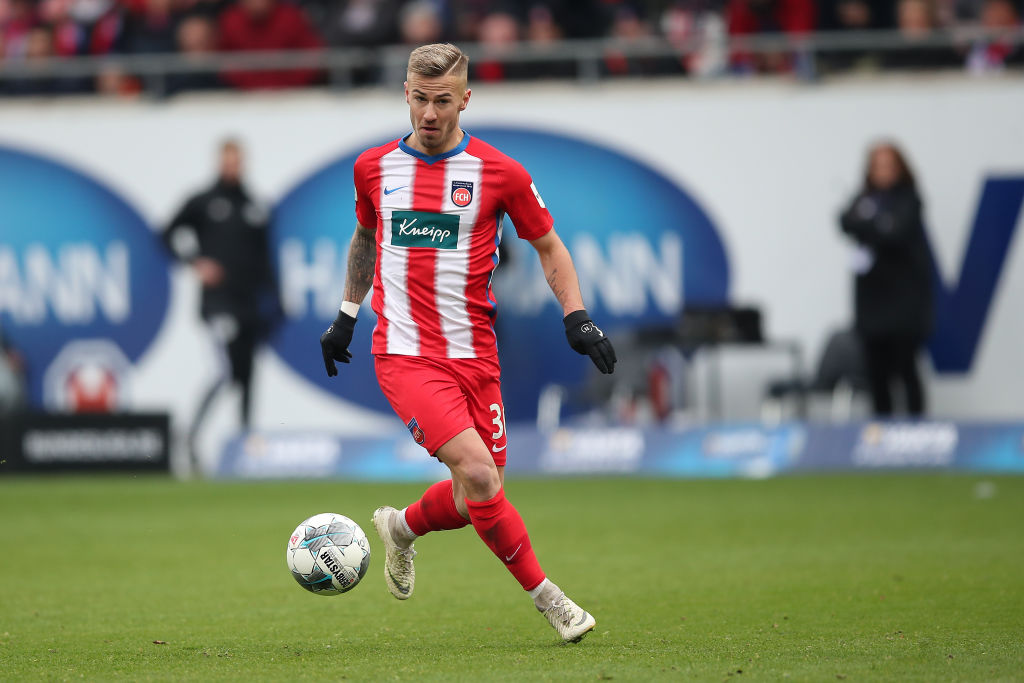 Steven Gerrard’s summer rebuild got off to an interesting start after talks reportedly started with Heidenheim’s defensive midfielder Niklas Dorsch, according to Munich outlet TZ.

The 22-year old, linked with Celtic too, of course, would be considered a direct replacement for Glen Kamara, with the Finn linked with a £10M switch to Marseille, and Dorsch, a German youth international, might just fit the bill, with a strong 24 appearances in Germany’s second top flight.

A former Bayern youth player, with a senior appearance and goal for the Bavarian giants, Dorsch is contracted till next summer but wouldn’t be likely to cost the earth, with various outlets valuing him at sub-£5M.

It does look like the manager is interested in strengthening the DM area, with Dorsch being the kind of signing who’d expect to clinch a first-team berth, and it may have repercussions for on-loan Ross McCrorie too, who would be hoping to strongly contend for that same jersey.

Equally, the acquisition of Dorsch could be considered a long-term replacement for Steven Davis, who certainly isn’t getting any younger.

We’ll see if more comes of this.