Home Rangers Rangers could make massive signing off the park…. 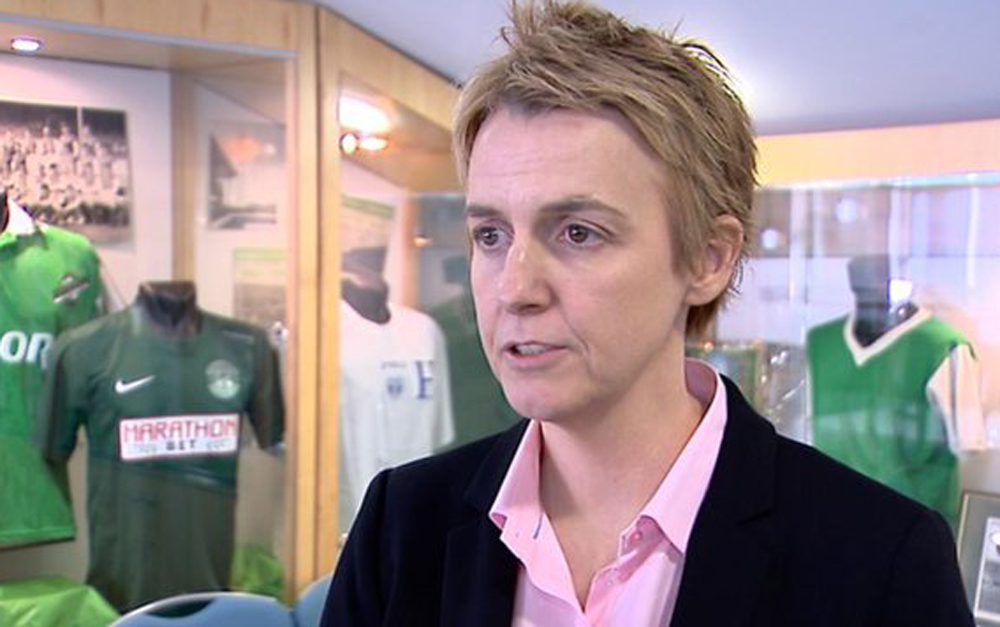 If one thing has become apparent the past two seasons, it’s that the Hibees are no longer the toxic ‘enemy’ they once were.

While they remain green (and white) and are still effectively called the Edinburgh Celtic, there’s no doubting ever since Leeann Dempster apologised publicly for the diabolical behaviour of their fans at Easter Road v Rangers and James Tavernier, the Hibs can be seen in a much more positive light.

There’s still a major rivalry with them now, don’t get us wrong, and we still love gubbing them, while booing Scott Allan, but with her as CEO, added to the departures of Rod Petrie, Alan Stubbs then Neil Lennon, there’s definitely a feeling that club is not the toxic hellhole it was.

And why is that?

Frankly we put much of it down to Dempster – after all, she ditched the reconstruction talks inside barely 72 hours, as if she knew it was lip service and nothing more, and she really has dragged that club into the modern age.

And as such, we really cannot help but wonder if one of the best signings Rangers could make would be to get her on our board.

Stewart Robertson has been great during recent events, as has our chairman, but a triage including her might just be the dream ticket to get this club on its feet again and truly going forward.

She’s not strictly an ally, but she’s a decent person, and runs her club well and treats other clubs fairly and with respect without being a sycophant.

A well-run club is as valuable as a big shiny new player, if not far more, and Park, Robertson and Dempster do seem to know how to run their clubs properly.

We can’t say King or Petrie match that, frankly.