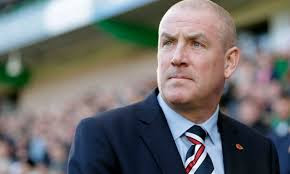 With yesterday’s exodus fresh in the mind, Rangers have just made a dramatic statement:

After
five years, James Tavernier is now the only Mark Warburton signing left
at Ibrox, and frankly many fans are probably wondering how he not only
avoided the cut all these years, but indeed ascended to captain.

But
aside an assassination of our RB’s ability, yesterday’s confirmation of
6 players headed out is very much a statement of progress.

That
all players signed in 2015 (apparently aside Tavernier) and some of
those captured in 2016 are and were simply not good enough for the
purposes of SPL football.

Former chairman Dave King
made the misguided comment that Rangers were building an SPL-ready side
back in 2015, fit for that level, by signing players from SPL sides and
Championship/League One sides. Clearly he was wildly wrong, unless he
meant an SPL side that wouldn’t be relegated immediately.

And
yesterday saw the final nail in the coffin for the ambitions of five
years ago as the (nearly) last remnants of that summer of 2015’s influx
were shipped out.

2016 saw Jak Alnwick and Jordan
Rossiter added to the mix, while 2018 added Jon Flanagan, but it’s the
final pieces of the Warby puzzle that have now been removed as Rangers
set about trying to compile a squad truly good enough to win the league
next season.

The hype over Rangers’ promotion was OTT –
Bread Man’s squad was way way overrated – assembled at a high cost, and
with defending forgotten, it was able to breeze through the
Championship making everyone, even the majority of the SPL, think this
side could actually do things in the top flight.

We
wish him and his five fellow departees well, but we really hope this
summer sees the kind of quality come in that can take the fight to
Celtic the whole season, and not just for one month.