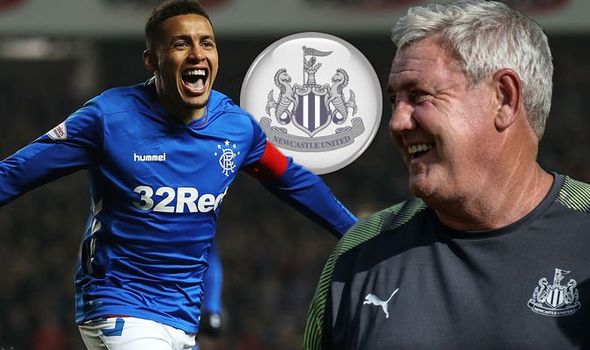 We all know it’s certain that Alfredo Morelos will be sold this summer – the transfer window opens soon, and despite the current (slightly easing) crisis business will be done as usual, as players look to their new adventures.

But who will join Morelos on the way out? And for how much?

Ibrox Noise puts together a package of just who looks like they could go, and how much we can realistically expect.

In November there were real chances the UEL and SPL top scorer was going into the £100M zone. Worse players than he have gone for more, so why not. He was on fire and his stock had never been higher. But of course it’s a different world now. His form crashed, his stock plummeted and he’s no longer popular with fans. Ideally we want to get around £20M for him, but we don’t know if that’s feasible now. There is plenty interest in him though so £15M may be.

Became deeply unpopular earlier this calendar year, and his form wasn’t helping. A number of key incidents involving him wrecked his credibility with fans, and supporters don’t swallow anything he says now. Plenty of English sides have looked at him, and Newcastle and Villa are especially interested in him. We’d like to get around £5M-£10M for him if he goes.

A certain departure, Barisic’s form absolutely crashed after his new deal, and his head was clearly turned by the Romans. His stock however remains sky high, and he’s a lucrative asset for any top team. Barisic is capable of playing for anyone. He’s the jewel in the Ibrox crown and Rangers would want something akin to pre-crisis numbers for him. £15M-£20M seems fair.

A shock target for Ligue 1 giants Marseille, the central midfielder is probably one of the least popular players in the Rangers shirt these days, of those who play regularly, and there’s barely a fan who wouldn’t drive him to the airport now. The mooted number is around £10M which is fair for an experienced international who would have definitely played in this summer’s (cancelled) Euros.

This is an interesting one – Rangers probably will exercise their purchase clause, and sign him for the £4.5M, but his talent and stock indicate a quick subsequent sell for around double that. He’s been pretty good at Ibrox, and he’s being looked at by some big clubs. Rangers would want in the £8M-£10M region.

Those are the main ones, although we don’t expect all of them to go. But that said there definitely will be changes this summer onwards, and we wouldn’t be at all shocked to see at least two or more to sell. £60M for all 5 of them would be smart.