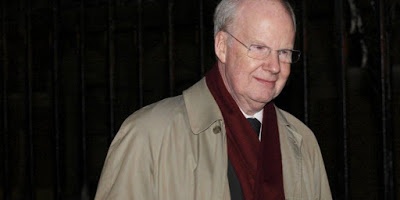 As well as whining about Rangers and the last few weeks, Neil Doncaster tonight demanded the Ibrox men, if we have the evidence, hand it over immediately to the SPFL chairman.

We find this literally hilarious.

Dermot Desmond’s right-hand man, Murdoch MacLennan, who praised the vote’s ‘clinical speed and decisiveness’, who’s done little but attack Rangers recently, is the one Rangers must hand the evidence to?

Does he see the flaw in this argument?

We know fine well this vote wasn’t a fair playing field, and given MacLennan is most likely mired among the dodgy dealings of this beneath the surface, it’s like leaving a wolf in charge of the sheep.

We will admit, Rangers do need to attack with this evidence soon, because there’s only so much sitting on it we can do – the club has made a big accusation, and the SPFL have conceded some ground on it in the past 24, but having them on the ropes isn’t enough.

If Rangers want to be taken seriously, the killer blow must come soon.

We await with baited breath.