Home Rangers “Where is he now?” Anestis Argyriou 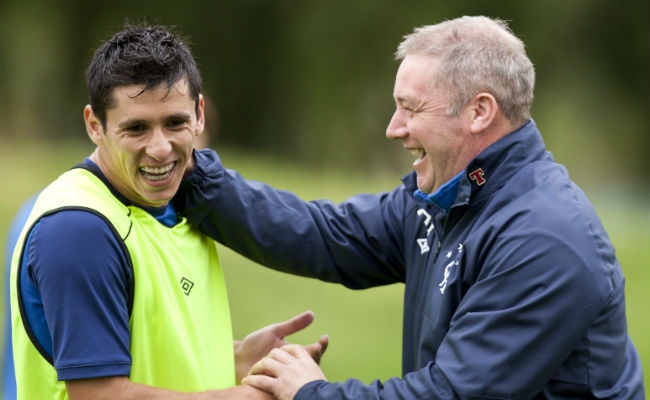 In the very latest of our ‘where are they now’ series, we pluck another ignominious name from Rangers’ notorious 2012- past, and have a look at the great Anestis Argyriou.

This young Greek was part of the bulk signing Ally McCoist did in 2012 to try and fill the squad back up, and we have to say we’ve probably never seen a worse RB in our shirt in all our years watching the beautiful game.

The kid was a rabbit in headlights, despite coming from a side with similar demands in AEK Athens, when placed in front of 50,000 fans at a rampant Ibrox it’s safe to say he drowned badly.

We’re also being a little generous – he was no kid, back in those days he was still a reasonably mature 24, but it was his first journey away from his homeland.

He made an actually reasonable 27 appearances for Rangers, and while *some* of his attacking flair was fairly passable, defensively he was lost and just couldn’t handle Scottish football – doesn’t sound overly unfamiliar, does it…

After Rangers he went out to Poland, mustering a poor 9 appearances with top-flight side Zawisza Bydgoszcz, before going home to Greece and their second tier with Ethnikos Achnas managing another modest 10 appearances.

He then switched to their third tier with Agrotikos Asteras and after a solid 30 or so outings was freed before nomadically joining some minor Greek sides he didn’t play in earnest for.

He was last freed in July last year and hasn’t had a club since.

There really is a litany of dirge signed by Rangers over the past decade, but at least Anestis can include Rangers and AEK on his CV.

Not that bad, right?