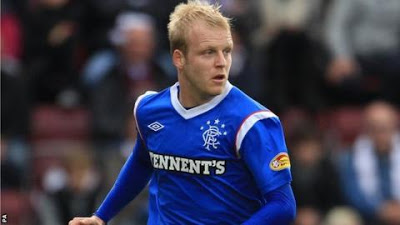 We’re not big on ‘what if’ here at Ibrox Noise. We don’t generally like to look at what might have been, preferring to ground ourselves in reality.

But that said there’s been a hell of a lot of ‘what if’ over the past 8 or 9 years, and two of the biggest pair we’ll look at were from the very beginning of our troubles, even before 2012.

2011. August. Malmo. The 74th minute, and Nikica Jelavic is clean through and misses agonisingly with a 10-yard shot – a goal would have taken Rangers into the Champions League, and all its financial rewards, with the home side playing abysmally on the night, but that miss meant the Swedes held on and progressed themselves.

October. Same year. Steven Naismith makes a bad tackle on Aberdeen’s Rob Milsom and got stretchered off. The most effective player in the side, Naismith was ruled out for the season with an ACLI. Rangers were 15 points effective clear at the time.

These two were pivotal. Not only did Rangers lose out on up to £20M+ with Champions League participation, but two months later they lost their best player, their most important player while rampantly clear at the top of the table.

The impact of these negatives cannot be understated – Celtic overtook Rangers in the matter of a couple of months, with form of the Ibrox men absolutely and immediately collapsing without Naismith, and the Europa League didn’t fare any better, with a loss to Slovenians Maribor following.

How would history have been different had Jelavic not missed? If Naismith hadn’t made that bad tackle?

There is no doubt things would have gone very differently in Scottish football – Rangers would have won the title, 4IAR, and not had the same financial difficulties with that extra £20M in the bank.

We’ve often thought about both of these, that Jelavic moment which was destined to take Rangers into the UCL, and of course the loss of Naismith which Ally just couldn’t replace no matter how hard he tried.

In many ways, the £3M for Jelavic was spent for that moment, and he completely flubbed his lines.

And losing Naismith was the salt on the wound.