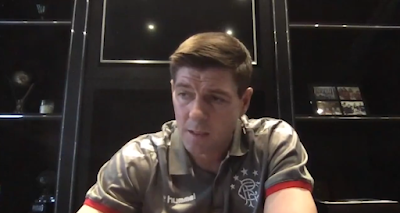 Rangers players and management staff will only be paid 50% of their wages for the next three months and once everything hopefully resumes those monies will be reimbursed, in order to ensure the ‘lower’ company staff are properly paid and kept secure.

Supporters of other clubs whining that they’re better, that they did it first – point scoring about who’s furloughing and who’s not.

If we think the world is changing because of our present difficulties and people are about to become ‘better’, think again.

This dreadful situation has brought out the worst in society, and seeing fans of other clubs come onto Rangers forums to attack the club and its fans following this gesture is a sad, sad indictment of the deeply unpleasant nature of mankind in general, and its inability to show gratitude, respect, honour or basic decency.

At a time when we are all struggling both emotionally and in many cases financially, that people choose to have a go at Rangers or claim the gesture isn’t valid highlights the depressing true nature that pervades under the surface.

Even one or two of our own fans have managed to question this announcement, which we find inexplicable.

Rangers shouldn’t be applauded for doing the right thing, but it should be recognised – that a company has done right by its staff and made sure, whoever pays them, that the workers will not go empty-handed.

The players and manager have given up a lot of cash, with no certain guarantee it’ll be remunerated when the time comes, in order to protect those worse off than themselves.

We’re not going to sit here and say hooray well done and start waving our Rangers scarves, because Rangers have done the right thing, and we’d expect that.

But to take criticism and borderline abuse for it is not what we’d expect, and shows the human leopard will never change its spots.