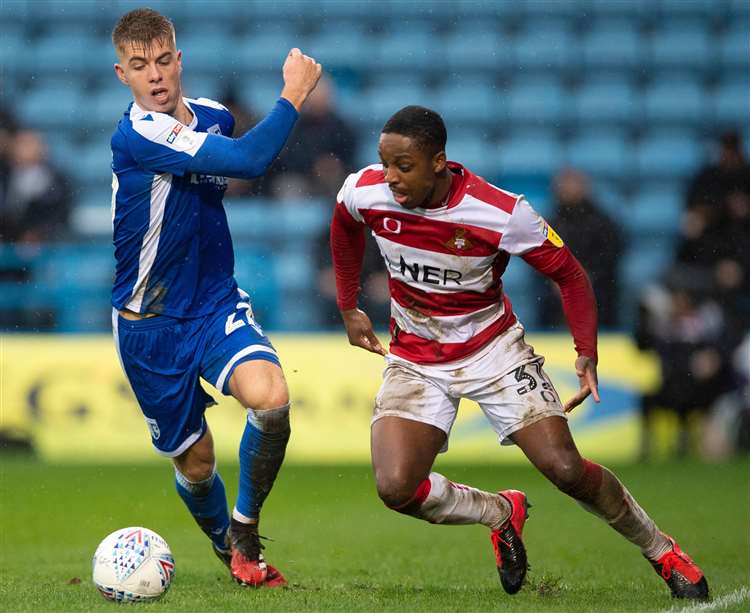 Rangers have been linked with a move for Gillingham defender Jack Tucker after The Gills boss Steve Evans confirmed the 20-year old has been watched by Rangers scouts.

The League one stopper is seen as a rising star of the division, with almost 30 appearances this season it’s not hard to see why Rangers, as well as a host of others, are interested in acquiring his services.

Said to be rated at around £2M, the youngster would be a cross-border £300,000 signing due to those beneficial FIFA regulations, so both Rangers and Celtic, who are obviously interested as well, would consider a move to be fine value.

The 6ft 3 CB has already been targeted by an unnamed Championship outfit this year, and his outstanding performances at Priestfield have only kept on adding to that value, which in reality, to a fellow English side, could be anywhere between £1.5M and £5M.

His boss has been quoted as saying he ‘has everything’ and Rangers are certainly on the lookout for quality defensive talent to add to the current pool, and that aforementioned anonymous Championship team clearly saw that and made a bid, which was rejected.

Tucker is on a long-term deal, recently signed, but that doesn’t matter for Rangers in the same vein as Joe Aribo and George Edmundson.

We’ll see if anything further develops with this one later this year.