Home Rangers Rangers could build future around two of our own 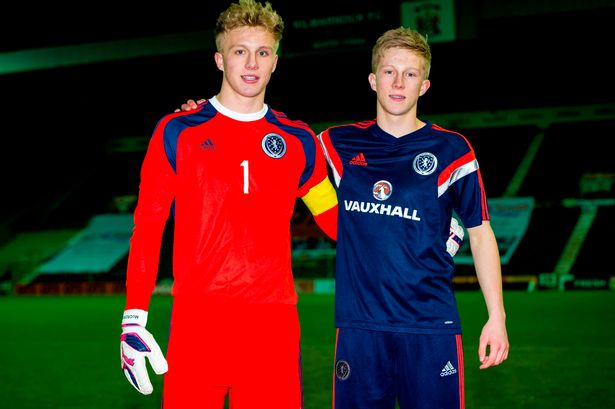 Yesterday we had a nice little whine about Rangers’ lack of trust in our own youth players, and we’re not going to take that angle today.

Instead, today we’re going to look at in-demand man Robby McCrorie and his brother Ross, and explain just why guys like these are the future of our club and why the McCrorie brothers can be the stuff of legend.

Brothers in football are a rare thing – and a special thing.

The Nevilles, the Charltons, the De Boers, the Laudrups – there’s an infinite list of amazing top-class siblings to ply their trades in the game, not always for the same clubs, but always at the top of the sport and admired from afar.

Of course, three of the above did play for the same clubs, but Rangers really do have a chance to add their name to that list of clubs privileged to have some special brothers in their shirt at the same time.

The McCrories are a stand-out pair of kids – that rarity in football, twins (non-identical of course), and both have clearly an exceptional future ahead of them.

Robby, with his astonishing reliability between the sticks, where he’s grown into a man this season over at Livi with some excellent displays and only 9 conceded in 8 matches with just two defeats – he shows the same potential as Allan McGregor at his age and is now viewed as his natural successor.

Ross, with his reliable, hard graft in midfield, strong as an ox, learning, developing consistency, and willing to do the dirty work for others, while shock horror being able to play more than a bit.

What a coup for Rangers’ future to have these two potentially forming the core spine of the team, two kids we reared ourselves, and with the talent to go the distance.

We’ve seen Ross in our shirt, we know how good he is, and Steven Gerrard, despite not trusting the lad to do it yet in our shirt this season, believes 50 matches under his belt will make him ready to deliver when he does come back.

And this is the kind of thing we want – not just an average kid from the youths playing for the sake of being one of our own, but a proven pair like the McCrories.

The future could be very bright indeed.