Home Rangers Rangers committed to a risky strategy – did it work? 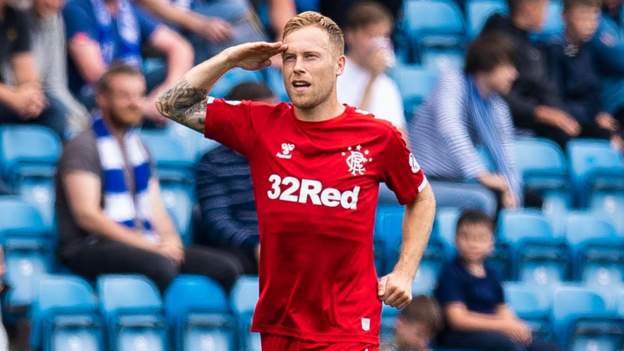 As we mentioned earlier, we’d not be against selling Borna Barisic, given his heart appears elsewhere now and we’d get some decent profit.

But his displays do remind us of the ongoing ‘reward’ strategy at Ibrox that absolutely unequivocally has not paid of this season, the reward of giving out big bumper contracts when a player has so much as five half-decent performances in a row.

Over and over again over the past 12 months we’ve seen Tavernier, Morelos, Katic, Barisic, McGregor, Davis, Kent and tonnes of others, to varying extents, get themselves big new deals and then immediately lose form.

Even Ryan Jack dipped a little following his extension, though he managed to get it back to a degree.

But in general, the strategy of giving out shiny big deals when players are playing well is a bad one.

It tells a player all they have to do is put in a lot of effort to win a big deal, win a pay raise, win long-term security, then they get their new contract and can down tools thereafter.

Of course, Kent wasn’t winning a new deal, but the result was rather the same – a loss of form on securing a big contract.

It’s something we have to learn from.

Is there any coincidence one of the most consistent and in-form players all season was Scott Arfield who never got a new deal at all?

Even Connor Goldson’s displays picked up around December and January, and he too is on the original deal he signed on.

Lesson to be learned. Don’t give out new deals until 6 months before the end of the existing one, and only if it’s earned.