Home Rangers Rangers aren’t really interested in this guy… are they? 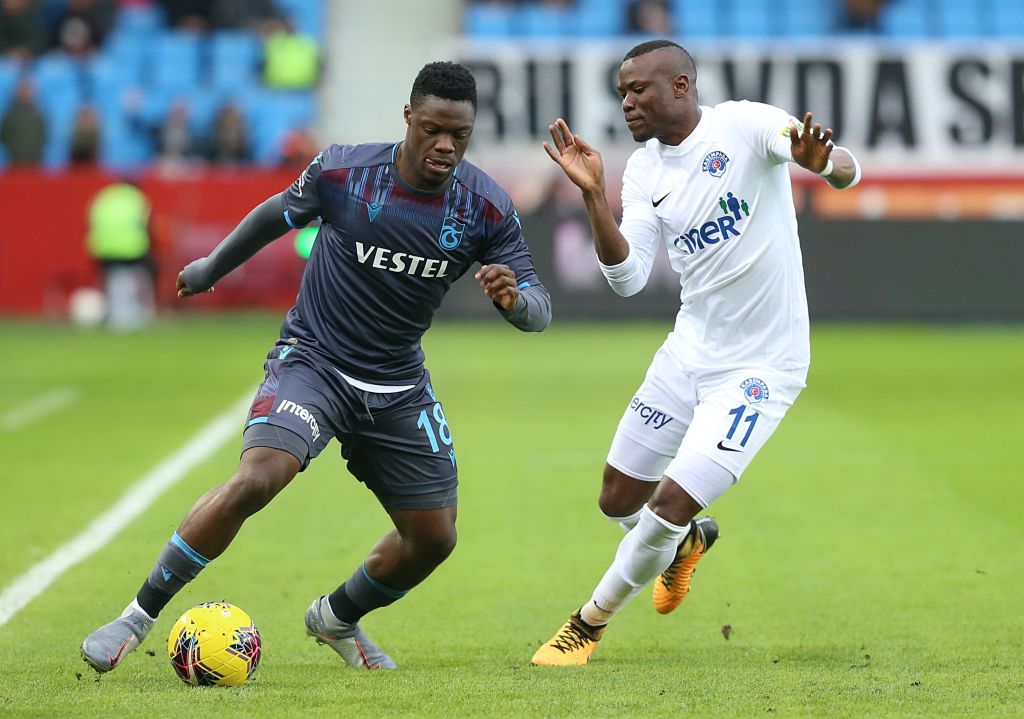 Rangers seem to be getting used to make an agent a nice payday, after the decidedly average Caleb Ekuban was linked with a move to Rangers (and Celtic).

The 26-year old Ghanaian 4-cap international striker has allegedly had a price of €10M placed on him by current employers Trabzonspor, but it looks more like an agent trying to get a fat bonus.

The former Leeds man’s record in football is distinctly mediocre, with 59 goals in 261 outings, and his record in Turkey this season is 3 in 14, with 3 assists.

Certainly nothing to get excited about and definitely not worth the alleged asking price. Word is he’s a bit of a unit up front, strong and able, but just not a good goalscorer.

The best period in his career came in 2016 when he got 17 in 34, which is very good, but sadly it was the horrendous Albanian league, and Rangers’ record in connections with all things Albania isn’t the best lately.

Aside that, he’s never scored more than five in a season.

So quite honestly if this was a legit interest we’d be beyond perplexed.