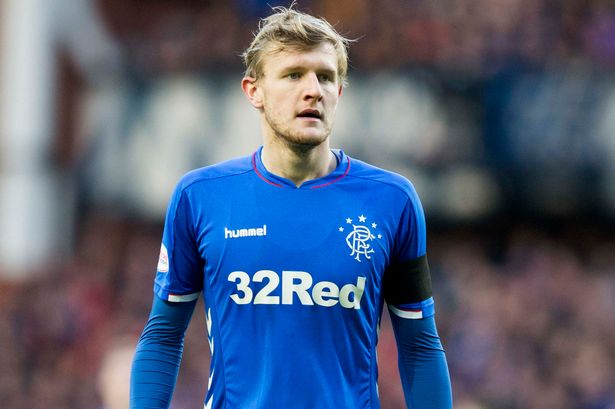 Former Rangers defender Joe Worrall has surprisingly ‘insulted’ his own boyhood team Nottingham Forest by stating Rangers are a bigger club, in a move which is set to go down very well indeed with those of a City Ground persuasion.

Worrall of course spent all of last season at Ibrox, and said while he thought Forest were big, Rangers are ‘humongous’.

True of course, and he’s one of those rarities – a player who’s plied his trade for both of these teams.

Remember, Forest are former top flight and European champions, and while they’ve fallen from grace, they’re still a huge name globally, and for Worrall, himself a red through and through, to say a team he spent 12 months on loan at are way bigger is saying something.

“It was incredible. I knew all about Rangers before I went up there and I was gobsmacked to be able to have the opportunity. Steven Gerrard was brilliant with me. I thought Forest was a big club but Rangers is absolutely humongous. Just going out on the street and seeing the people and what they’re like and their attitude toward football. It’s different to anything I’ve ever experienced and probably ever will unless I return. When (Manager Aitor) Karanka came in I wasn’t part of his plans so to be able to go there, I appreciate the opportunity I’ve got and took it with both hands and returned a better player.”

When a boyhood fan of a club with the history and reputation of Nottingham calls Rangers bigger, you know it’s true.