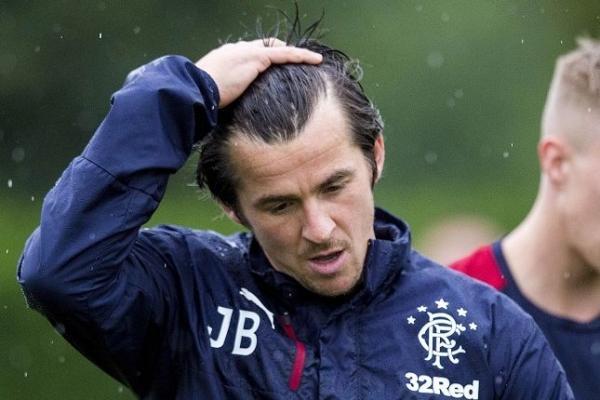 There’s been yet more Joey Barton piffle today as the growingly-bitter ex-Ranger mouthed off to the media yet again, this time about how he’s really a Celtic fan.

This utter attention-seeking non-story only repeats what he actually said before he joined Rangers, that he was raised in an Irish catholic environment and had no choice in his childhood but to veer towards Celtic, but that he was no Celtic fan by nature.

Now, however, getting more and more testy by the media scrum he’s creating himself, Barton is now sending veiled attacks to Rangers to try to get Celtic fans onside again.

We’ve seen the stuff he’s come out with lately, and while we don’t necessarily disbelieve what he said, his motivations are certainly questionable.

We get it – we’re all bored, locked at home during these difficult times, but as one of our regulars said, he’s just another billy bigbaws who failed miserably in Scotland and his ego can’t handle it.

Barton was a complete disaster in Scotland, a horrible signing and arguably the biggest flop given the reputation in our history. He’s up there with Basil Boli, Nuno Capucho and Jerome Rothen.

So how does he make himself feel better about this?

Slag off Rangers, deny all responsibility, make himself out to be the better man, and play to the Celtic galleries.

We might not entirely trust Mark Warburton’s absolute integrity, but we do know he’s never said a bad word about this club or its fans and only praises us, despite the manner of his exit.

Which is a lot less than can be said for Barton now.