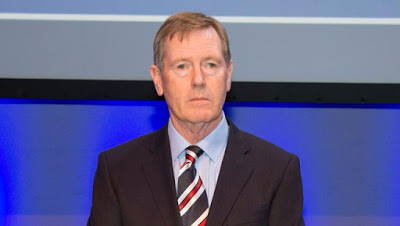 Our final topic on the Dave King exit series is relating to the former chairman’s own admission, or claim, that he nearly had a change of heart.

As we discussed earlier, Michael Stewart was critical of the fact he left when he did, and while we reasoned both moral sides of the argument on this one, we must admit we’re a little concerned that he ‘teased’ fans by saying he nearly changed his mind.

We just cannot fathom why he’d say this.

If it’s true, it’s a cruel comment to make, in a way – it’s been his project to get Rangers back on our feet, a project he may have taken on unwillingly, but one he made absolutely sure he was on board for. And while he revealed his departure months ago, to turn around after exiting during these extremely difficult times and say ‘oh by the way, I nearly stayed’ seems almost like a taunt.

It was a statement he had no reason to make, and felt a little like it was rubbing our nose in the fact he’d decided to go after all during these tough times.

We’re not completely against King – most fans will acknowledge the man had his failings, and his team wasn’t perfect – don’t forget it’s under his watch that we’re stuck with Sports Direct due to the botched contract we willingly signed.

But he did plenty of good, and got the club back on its feet while making it far more self-sustaining and massively improving the quality of player the past few years.

So don’t think we’re anti King – we’re not. He just took us as far as he could, and was willing.

We just wish this was a comment he’d not said, not unlike the allegation he made that there’s no funding, which has already been contradicted by Douglas Park.

Not an ideal way to leave, frankly.