Home Rangers 122 appearances at Ibrox – but where is Nicky Law now? 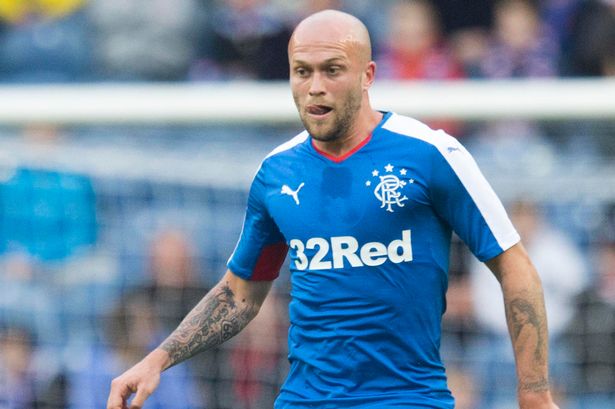 Ok, enough vote/conspiracy/corruption stuff for now, let’s back to football, thinly, as it were, with the latest entry in our ‘where is he now’ series, which looks at the ignominious past of the club’s horror (and not so horror) signings over the past 8 years and takes a look at what lavish career such and such had before and after Ibrox.

And today we have a look at Nicky Law.

A well-rated midfielder when Rangers clinched his signature, we asked the Englishman exactly what position he played and he specifically said ‘attacking midfield’, which was roughly the position Ally played him in, albeit it was often an attacking/central midfield hybrid.

His time at Ibrox in all honesty was ok – he came to us at a terrible period in our history, and was unable to deliver Kaka when fans were unfairly expecting it.

He could score, not many, but he could – 26 in a pretty impressive 122 appearances in Govan and similarly his assists were ok but nothing to write home about, at the same number – 26.

He divided fans who often accused him of going missing in matches, and it’s true – his influence in games was very inconsistent and frequently he’d be as impressive as he was AWOL.

Law was part of that ‘trialist’ period, coming to Ibrox at the tail end of the transfer ban, and he felt like a bit of an upgrade from the Ian Blacks and Kyle Huttons Rangers had had 2012/2013, but obviously still wasn’t quite at the level we’d look to in the future.

In the end he left with our best wishes, but where is he now?

Well, he enjoyed a strong spell in England after Rangers with a decent Bradford, leaving Govan in the summer of Rangers’ promotion, having seen a lot less game time under Mark Warburton. He spent two years in League One with the Bantams, under his regular manager Stuart McCall, but his stats were hardly much to write home about again, 10 goals in 135 with 22 assists.

And now? He’s in League Two with Exeter, and you won’t be shocked to hear in his 80 appearances he’s got 17 goals.

He called himself an AM but his numbers don’t back that up at all.

Before Rangers his nomadic career saw the likes of Yeovil, Rotherham, and Sheffield not to mention Fir Park, and this was a player destined for the lower leagues his entire spell in the game.

He’s 32 now, with a fair few years left, but we’d say League Two is probably about his level.