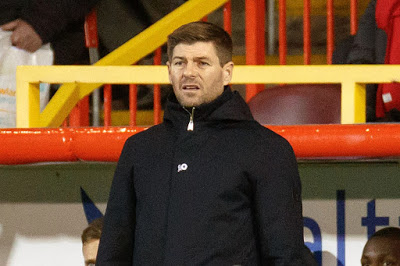 While there’s been a lot of hype about Florian Kamberi and Ianis Hagi’s potential for permanent deals this summer, one man has been completely forgotten, but is arguably in the same boat as them.

Fans forget winger Sheyi Ojo technically returns to Liverpool this summer, without a chance in hell of getting anywhere near their U12s never mind their reserve bench, but he’s still hoping Steven Gerrard will make the move to Ibrox permanent.

And we are praying, if there is a God up there and he or she has mercy, that our manager does not do this.

Ojo is along the same lines as every other diabolical youth loan signing made by Rangers since 2012. A hopeless, mediocre and subpar player who might suit lower second division Holland (*cough* Zelalem *cough*) but is nowhere near the mental stuff to handle Rangers.

Ryan Kent is the only youth loan success at Ibrox, and even he hasn’t quite managed it since the move became permanent.

Ojo’s certainly hoping to following Kent’s boat and the move will be made permanent, and indeed some dubious sites claimed that was in the works, but while we can never predict Gerrard, this is one we’d hope he’s not interested in.

In truth, Ojo has lost his place anyway this calendar year. He’s been mostly used as a late sub, and even then, has next-to-no impact on proceedings, and we do suspect Gerrard has woken up to his ineffectiveness.

That said, there’s the issue of loan deal clauses when it comes to players like Ojo, like Coulibaly, Ejaria et al – the kid has to be played or the loaning club is fined and also damages its relationship with the parent club.

It happened with Kent himself at Bristol, where the border club had to pay around £400,000 to Liverpool because they hadn’t met the winger’s appearance quota.

It’s possible Ojo has now, either that, or Stevie just woke up to how poor the kid really is.

Ojo is a League Two Cambridge United (sorry) at best standard player, he is nowhere near the quality to deliver in the SPL, never mind for Rangers.

We certainly hope he’s one we don’t see in a Rangers shirt again.