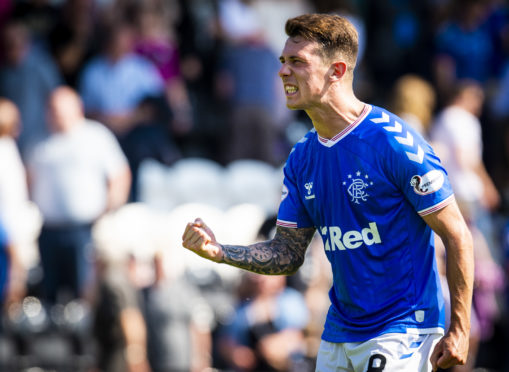 Before we begin this entry, we have a disclaimer – we’re big fans of Ryan Jack, and consider him the biggest success story under Steven Gerrard.

At times, last year, Jack was a goliath, a midfield giant who was beyond heroic and it was obvious how much influence the manager had had on the former Aberdeen captain.

So, we say all this reservedly – what on earth has happened to him?

Ever since that woeful performance at Parkhead, while by no means rotten to the level of Alfredo Morelos’ form plummet, he has nevertheless not been anything like the player he was last year.

Defensively, yes, he’s still in tune and does everything he can to protect the fullbacks and back two – he still covers a tonne of turf.

But in possession, and in attack, something has really gone south with him.

We were celebrating his marauding in the final third, the attacking part of his game, the tidying up he did in midfield and the tight use of the ball he now had.

Post-Parkhead Jack has had much much less of that.

He’s by no means the worst offender out there, he’s never hidden, and he definitely plays for the shirt like so few around him do.

But we have to wonder if those injuries, on top of a bash to his confidence after events in the East End, have started to affect his game now.

We did warn about Jack’s injury issues becoming a long-term problem, and we are seeing performances levels from him which don’t seem to be suggesting otherwise.

We repeat, defensively he’s still doing a good job, maybe not quite as magnificent as last year, but not a bad drop, but in every other area of his game he’s really struggled to continue the old form.

He’s just one victim of the malaise over the club these days. And one of the few winners in the squad too.