Home Rangers We have an answer to the ‘void’ season – do Celtic have... 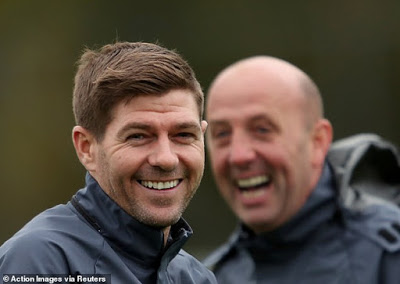 With the controversy over a potentially ‘void’ season, and Neil Lennon and Scott Brown’s honourable demands Celtic just be awarded the title, we at Ibrox Noise believe a different approach could be possible, after we had a collective think about it.

With luck, this dreadful pandemic’s peak will pass over the next month or two, meaning we will still have May and June.

Which could give a week where there may be a window or two for certain things to be resolved.

And as such, all of Scotland’s title and relegation situations could be dealt with via a playoff for every team mathematically still affected by the outcome.

Rangers, Motherwell, Aberdeen and Celtic are all mathematically able to win the title.

Aberdeen are 35 points behind Celtic and still mathematically legitimate.

A four-way Hampden playoff semi-final then final to decide the title could be a fair and just way to resolve this difficult situation.

After all, Celtic are the best team, and surely they have nothing to fear from us lot.

In relegation, the same – the bottom four play a playoff semi-final (winners safe, losers go the wooden spoon final) and final to decide who goes down (loser of the final). In this case the maths are different as the 42 points to play for clearly don’t exclude any side below Rangers from going down, but using common sense, Motherwell and Aberdeen, for example, are safe.

But the principle is the season cannot be played out in present form, but if Celtic want to win the title, they have to earn it like anyone else. They cannot just be gifted the title by default.

Nor can anyone just be relegated via default.

There’s obviously a tonne more thinking to do about this, and plenty more time in which to do it, but we believe a fair outcome is victory through earning, or safety through earning.