Home Rangers Three-way method to closing the gap on Celtic 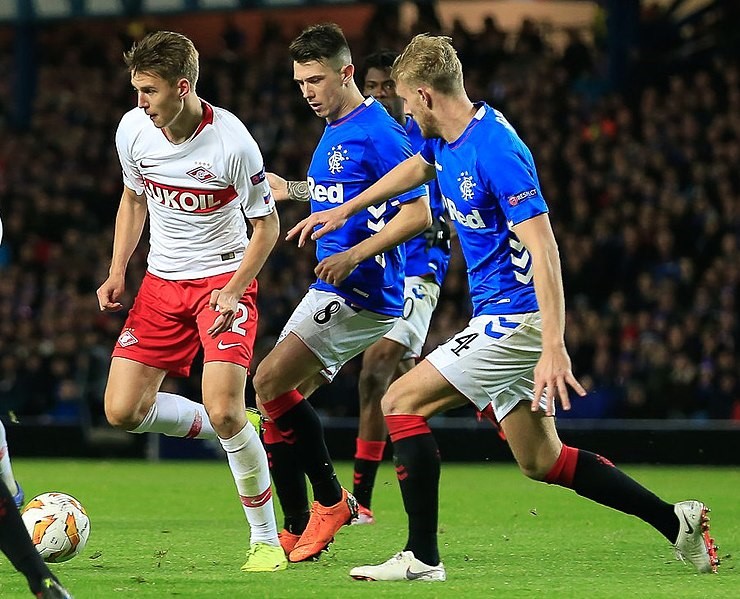 The 2019/20 Scottish Premiership campaign almost had a Groundhog Day feel to
it as Celtic once again dominated the title race.

The actual numerical gap between the Hoops and the rest of the chasing pack
is immaterial, because in the end what is most important is that it only really
felt like there was going to be one likely champion from late January.

That’s not to say that the season hasn’t been a success for Rangers. A solid
enough domestic term was supported by a run to the knockout phase of the Europa
League, and the financial benefits that has brought cannot be underestimated.

Looking ahead to 2020/21, the question now is what can the Gers do to close
the gap to the other team in Glasgow?

The basic foundations for a title challenge are in place, but
what smaller marginal gains that can be implemented that could see Rangers
end Celtic’s nine-year monopoly of the Scottish Premiership trophy?

Despite the points gap to Celtic, Steven Gerrard has put together one of the
most talented young squads in years at Ibrox. Sure, the likes of Jermain
Defoe and Allan McGregor aren’t getting any younger, and they may only have one
more good season in their ageing legs – Steven Davis will also turn 36 during
the next campaign. But their experience will be vital to what is an
exciting and progressive set of players.

The likes of Alfredo Morelos (23), Niko Katic (23), Ryan Jack (27), Ryan
Kent (23) and Jordan Jones (25) are all in and around their peak age for their
respective positions, and if we can retain their services the future looks very
bright indeed.
Gerrard too has signed a new contract that will keep him in Glasgow until
2024, and while managerial contracts are rarely worth the paper they are
written on it is, at least, a statement of intent from the Liverpool legend.

Celtic will face a similar battle, with the likes of Odsonne Edouard, Callum
McGregor and Kristoffer Ajer all likely to be on the radars of big clubs
overseas during the summer. The 2020/21 campaign may well come down to who
retains the bulk of their key players.

It was reported in November that Rangers posted a loss of £11 million in
2019 due largely to transfer spending. It’s easy for Rangers fans who remember
the financial mismanagement in the club’s past to be mightily concerned about
that, however it is worth noting that – in the grand scheme of things in modern
football – £11 million is a drop in the ocean.
There is more positive news from a financial perspective too. The club has
announced an extension of its sponsorship deal with 32Red, which continues the
theme in football of betting and casino brands maximising their visibility in
the beautiful game. Some of the very best casino online providers – which can
be ranked based upon their game selection, user experience and the security of
their payments platform – remain active in football.

And Rangers’ commercial team have also confirmed that, following a protracted
legal battle, the club will no longer have their kits supplied by the
Danish firm Hummel. That creates another potential revenue stream as they seek
out an alternative.

The Gers won’t be able to compete with Celtic on a financial footing for
some time, but smart partnerships off the pitch will certainly make a
difference on that front.

Given that Scottish Premiership teams can play each other as many as four
times a season, it would be useful if Rangers were able to start claiming the
Glasgow bragging rights more often than not. That hasn’t necessarily been
the case in the past, but the
2-1 win at Parkhead in December courtesy of goals from Ryan Kent and Nikola
Katic will hopefully represent something of a watershed moment in terms of
belief in these Rangers players.

If Rangers can close the points gap simply by gaining a head-to-head
advantage over the Hoops, while retaining key players over the summer, then
maybe the 2020/21 title race will be much closer than most pundits might
otherwise expect.