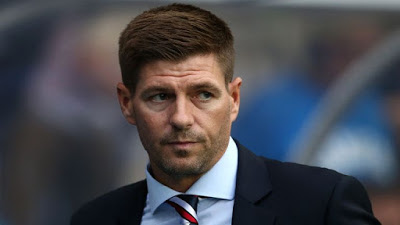 With the SPL upon us this evening again, Steven Gerrard has a giant selection decision to make. Inevitably we doubt he will change much, including formation, but the striking berth is a big call.

Rangers have three main strikers available for the visit of bottom-placed Hamilton, but question marks hang over each of them.

Florian Kamberi has impressed in his few appearances so far, but while his form is solid, we’d be surprised to see the manager start him unless his hand is forced.

Jermaine Defoe is nowhere near match-fit again, but is fit to feature, and therefore we’d be surprised to see him in the team sheet at a quarter to 7. Surely on the bench.

And last but not least, of course, is the controversial Alfredo Morelos. Gerrard confirms he’s available again, but the circus around the guy and the baggage with him is immense and Rangers fans are deeply wary of his potential return. Not to mention his form is pretty abysmal at present.

So Stevie has quite a big call to make.

He could change formation and go with two up top, but we just don’t see the ability in this manager to change much, for right or for wrong.

So we’re left wondering who will indeed start.

And in truth we’d be surprised if it’s anyone other than Morelos.