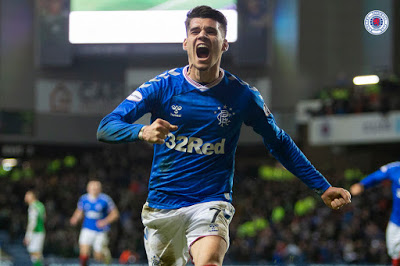 A barely-noticed incident happened in Braga – and it was extremely telling about Ianis Hagi.

Deep into the second half, the attacker had pretty much the run of the Braga half after a good through ball. Unfortunately as he ran onto the ball, the defender caught him in a sprint and outmuscled him.

This was a huge moment in understanding Ianis Hagi’s strengths and weaknesses.

His strengths are his trickery, skill, creativity, attitude, versatility, balance and workrate.

His weakness is probably the reason that despite his clear quality, he was unable to secure regular first team football in Belgium – pace.

As the stopper outran him, despite Hagi having the head start, the Romanian international demonstrated the biggest part of his game to be a hamstring on his career, the fact he strangely lacks horsepower.

Of course, this is absolutely no bad thing – one of the most gifted players in history, Johan Cruyff basically lacked any kind of pace at all – he made up for that with pure quality, skill and ingenuity.

You don’t need to be quick to be great.

But the game has moved on a little since the 70s, and while Hagi is a wonderful talent with skill and imagination in abundance, his lack of pace is a bigger crutch to bear for him than it was for the illustrious Dutch master back in the day.

It’s certainly a weakness in his position, attacking midfield, with that extra yard sometimes being the difference between getting your pass or shot away, or being closed down.

But he does make up for it with close control, linkplay, and off-ball running. He makes space for others. And his English is excellent meaning he communicates extremely well. He’s taken to Rangers and the SPL like a duck to water.

Hagi’s recent form, however, has been a little middling (not unlike the whole team), following such a bright start. He has never hidden, and we love his attitude and endeavours.

But for such a talented player to be on a trial loan at Ibrox rather than being a surefire starter at Genk or indeed any bigger club than the Belgians is most likely because his pace could be better.

But it could still lead to Rangers getting a bargain signing, and if used correctly, the livewire forward could be a very special player indeed.