Home Rangers The Untouchables at Ibrox 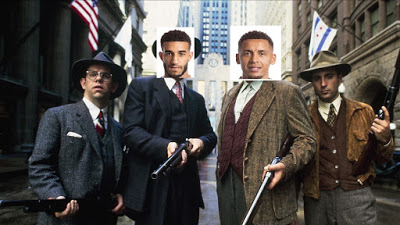 Steven Gerrard has officially confirmed they’re untouchable, regardless of form, and the simple question we hark back to is ‘why’?

When Stevie was originally unveiled, this telling quote was latched upon by fans as excellent news:

“I can’t have that [weakness]. That’s got to stop. That’s got to stop now. I’ll work out quickly who fancies this challenge and who wants to come with me. If there are people who don’t fancy it and want to be somewhere else and don’t fancy adapting to what we demand, good luck to them. If you are not a hungry footballer, you shouldn’t be at Rangers. Simple as that.”

And yet, over time, weak, poor, out-of-form players have not only retained their places under this manager, but become outright immune and above accountability.

Steven Gerrard is having a huge problem maintaining the standards and promises he made when he joined up in May 2018 – it was all fine when things were great towards the end of last year, but deep into the third month of the rot, and the boss shows no sign of being willing to practise what he preached in May 2018.

We heard it called an ‘old boys club’, ‘jobs for the boys’ by a few regulars on the site, and with his refusal to hold either Goldson or Tavernier to account, it’s evident they are under different rules to others.

They are, simply, untouchable – if fit, they play.

We just cannot understand why.

Do we ascribe to conspiracies about contractual obligations?

Do we reckon Gerrard is out of his depth?

Is he just being humanly loyal to people who haven’t earned it?

We don’t know, is the truth.

All we know is this culture of untouchables, like back in the day with Mark Warburton and his favourites like Rob Kiernan and Andy Halliday (seems so long ago now) and Pedro with his (Tavernier, Candeias, Windass) has been going on for a long time at this club.

And with Goldson and Tavernier now officially confirmed as the latest incumbents, it’s not stopping any time soon.

So much for those promises.