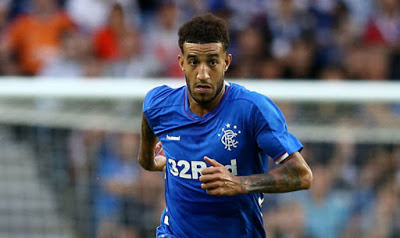 A lot of fans are calling for Connor Goldson’s head lately. While we felt his post-Celtic performances this year were one of the bright spots, nevertheless it’s dipped the past two three weeks and started to resemble his hapless old self.

As such, a lot of feedback wants him out the side, citing him as one of the problems of the Gerrard reign at present.

The problem is, are Rangers ready to trust a 22-year old and a 23-year old who have both deeply struggled with domestic football this year?

While we can understand the desire for the Englishman to finally be rested/dumped, he’s also the most experienced CB we have fit, and while many fans dislike him, no one clears the ball from defence more than he does.

With George Edmundson only having one outstanding display this season (on a platform where many others also played extremely well), Scottish football is a different kettle of fish.

And Niko Katic’s confidence is extremely low right now, albeit that isn’t his fault.

With Swede Filip Helander still not available, Rangers have three CBs at our disposal, and none of them appear to be playing that well on terra firma, so it’s a bit of a tricky one.

But if we asked enough fans, we suspect they’d still prefer the younger two.

So we’ll leave it over to you.

Who do you want in defence tomorrow?
Created with Poll Maker