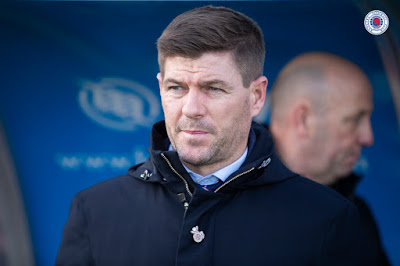 With Rangers’ form middling at present, our struggles well-documented, one member of the squad has been conspicuous by his absence, and his lack of game time.

Indeed, he finally got a cameo against Ross County and while it was hardly the dawn of Ronaldo, he did enough during his appearance to suggest he’s more than useful and worthy of a start.

Indeed, when we asked you if Jordan Jones deserved a berth in the XI, your answer was unequivocal.

Almost 80% of you (79%) want to see the NI international start matches now, while just 20% either thought he should stay on the bench or wasn’t even good enough for a match squad place.

In short, you want the ex-Killie man to get a fairer crack of the whip than he’s had, and clearly his remaining in Govan in January was his willingness to fight for a place despite a lot of interest down south.

Sadly it’s moot for tomorrow night (assuming the match goes ahead) because he wasn’t included in the UEL squad (as he hasn’t since the early qualifiers pre-injury), but surely he’ll play a role against Celtic?