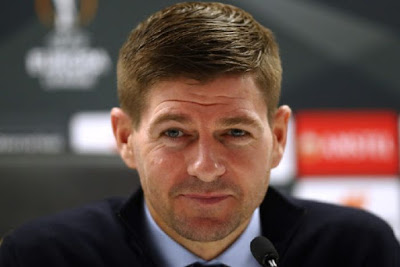 After yet another dismal loss, Ibrox Noise on the morning after the night before, decided to take a straw poll on social media of fans’ stance on Steven Gerrard.

Naturally his position, like the players, is in question, and it’s a legitimate topic of conversation.

But supporters have in their droves come to the defence of Steven Gerrard and back him as the man to turn this shambles around.

While a notable number of fans did suggest the end was nigh for Rangers’ boss, the vast, vast majority asserted that he must stay, and they back him.

Wherever you stand on this, Steven Gerrard remains supporters’ pick for the right manager for the club, and it is the players getting the strong majority of criticism this morning.

Many backing Gerrard do argue he needs to drop certain players, but his unwilling to do that may be a slight paradox.

There’s also the argument that he’s the one who signed these guys.

But then let’s not cry over spilled milk – the fans want Stevie to stay, and half the squad to leave.