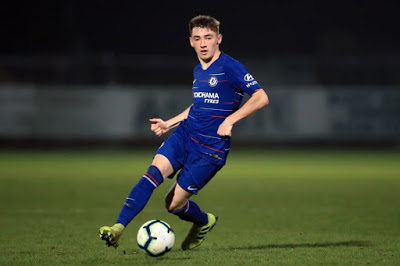 Watching last night’s Chelsea Liverpool cup match was a truly torturous affair. Not the football, you understand, it was of a pretty high quality, but of watching young Billy Gilmour outclass megamillion superstars around him and emerge man of the man, with some ease it must be said.

Watching him was like watching a super charged Barry Ferguson, a comfortable, composed midfield anchor who looked like he had all the time in the world, Andrea Pirlo-style, and always making the right choice with his passing.

Then the dribbling – two or three times we saw his wonderful balance and gliding grace as he swanned forward bypassing opponents easily – the lad lost the ball once all night.

In short, it’s patently obvious Billy Gilmour was too good for the SPL – even at 15, Chelsea scouts could tell this was a world class talent and wanted him at Stamford Bridge, not as a youth product, but as someone they planned to put into the first team before too long.

That’s how good Gilmour is, he is potentially the best Scottish player to go south in decades – a player of the quality of the old days like Souness, Dalglish, Law et al.

The only reason he’s not still a Rangers player is we don’t play in England – he’s one of us through and through and going to London wasn’t an easy decision for a 15-year old boy.

But he did, and he looks like he’ll be a Chelsea player for many years to come.

True, the transfer ban did mean he probably got his chance earlier than he might have expected, but the fact is if you’re good enough you’re old enough.

Sad to say it but one response last night we saw to his performance was it’s just as well he went south as he wouldn’t have got the same chance at Ibrox to play.

That we don’t give youth a chance. Billy Gilmour would be out on loan at Alloa by now if he’d stayed in Govan.

As it is he’s lighting London up, and wowing neutrals.

If only he’d been doing it at Ibrox. Que sera.