Home Rangers He’s one of our own, but he’s probably not up to it 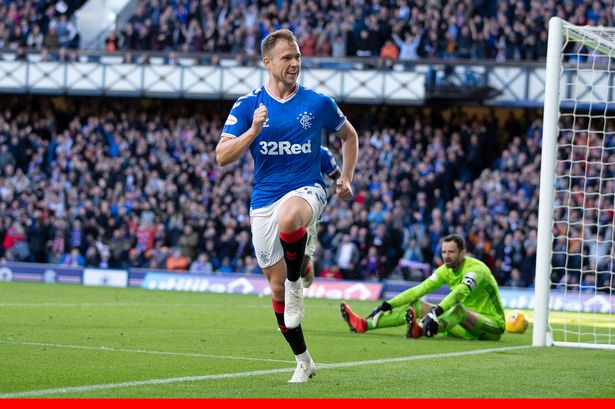 So many things stood out yesterday, covering them is hardly a walk in the park, but we have to express utter disappointment of the dreadful performance of Greg Stewart.

This was the former Killie man’s big chance to shine, to lead the line, with Defoe stunningly fit again but not ready to start, Kamberi cup tied and Morelos disciplined.

And what did he do?

Greg Stewart, frequently demanded to start by so many Rangers fans, had an especially abysmal match, and couldn’t make a single ball stick pretty much all match.

And the one time he had a big chance, he couldn’t have fluffed it more if he’d tried.

He really did demonstrate, from the word go, a total inability to withstand the pressure of playing for Rangers at the levels which count for this club (admittedly he was by no means alone), although in saying that he was horrific v East Fife last season as well.

But this really was his big moment, the first time he’s started a truly important match, and when his club needed him, like most if not all of his team mates, he let it and us fans down.

Maybe not his fault, maybe he’s just not good enough – after all, his nomadic career has been an exercise in average, and underachievement, as he himself admits.

But when it comes to Rangers you have to raise your game, and going by Saturday’s weak display from Stewart, he probably isn’t capable of being even the squad member we needed from him.