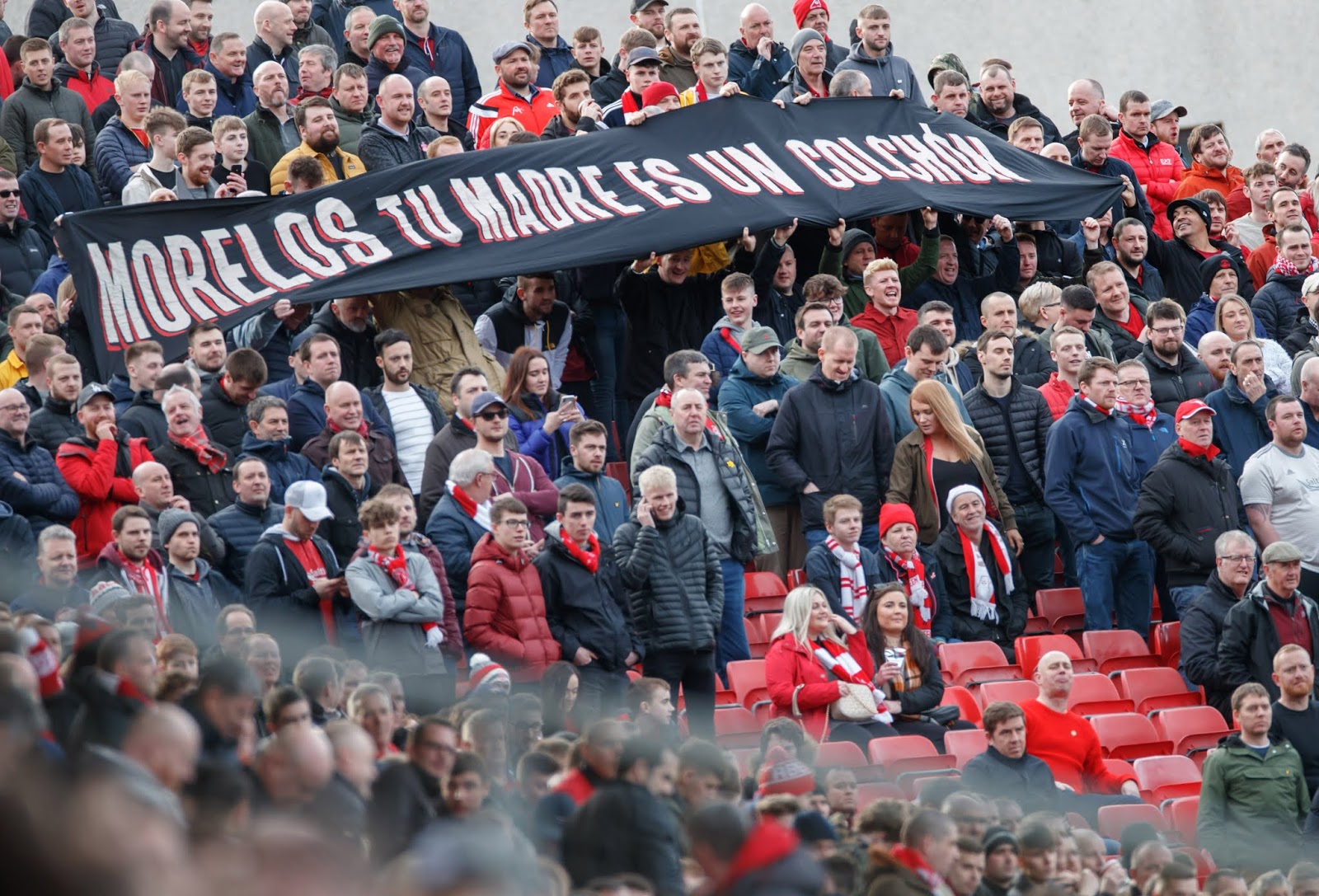 In a slightly different angle on Ibrox Noise, you may already have heard that the Bayern Munich match against Hoffenheim was brought to a halt when Bayern Munich fans brought out a banner that attacked the owner of Hoffenheim in a truly disturbing fashion, all because he has had the audacity to be wealthy and bring success to a team.

When the game restarted, the players all decided to casually pass the ball around for the remainder of the game, and the fans cheered them for their decision to stop playing, and they were applauded for 20 minutes.

Though many are now uncertain what will happen next, many are congratulating the teams for their response to the offensive banners.

And this brings us to the Aberdeen fans who decided to attack Alfredo Morelos’ mother, in a very similarly distasteful fashion to that which Dietmar Hopp suffered.

While we don’t know that the excellent response from the players in the Bundesliga (they have previous for doing things the right way, remember Mat Hummels pleading with Dortmund fans personally at the fence, explaining and reasoning with them) would happened elsewhere, it was telling.

Does anyone think there will be any apology made to Alfredo? Sure, he’s not flavour of the month right now at Ibrox but he didn’t deserve that, or any of the other abuse.