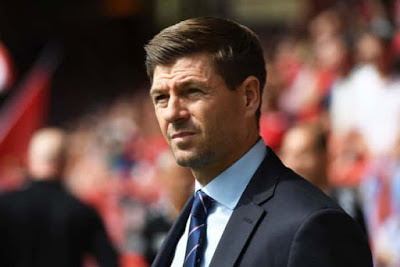 Rangers have been plunged into a touch of confusion over the future of attacking midfielder Ianis Hagi following contradictory reports using the Romanian forward for site traffic.

A number of outlets have alleged he is interesting Italian giants Lazio, and others have suggested he has expressed a desire to move to a better league. Meanwhile yet more dubious sources have claimed Rangers have not actually decided whether or not to take up the permanent option this summer.

As always, somewhere in the middle.

Like any self-respecting and ambitious footballer, Ianis Hagi will be keeping his options open going into summer – he has no idea what the future holds, nor what the prognosis for football will be  short/medium term, and he is quite right to wait it out like everyone else and figure out the path forward.

It’s true his performances have caught the eyes of some of Europe’s biggest clubs – he’s a Romanian international and he’s been fairly outstanding since arriving at Ibrox, so it’s no surprise he’d get attention.

But don’t forget Rangers have that option to buy come the summer. And while we can’t confirm it’s first refusal, it may well be, given the nature of loan deals.

Which means Rangers decide Hagi’s future, not the player himself.

It’s not an Italian ‘obligation to buy’ clause, but Rangers do seem to hold the aces on this deal – if the club decide the forward is worth the money, they pay, and he’s ours.

All that happens is he continues in Scotland, gets better and better, till some large rich PL mob come in and sign him for a profit.

As is the way in this country.

What we would say is don’t believe anyone, including us – we’re not claiming to monopolise the truth, only to give you the information out there and let you make your own minds up.

We’ve no desire to exploit you with bull. Unlike many other ‘sources’.