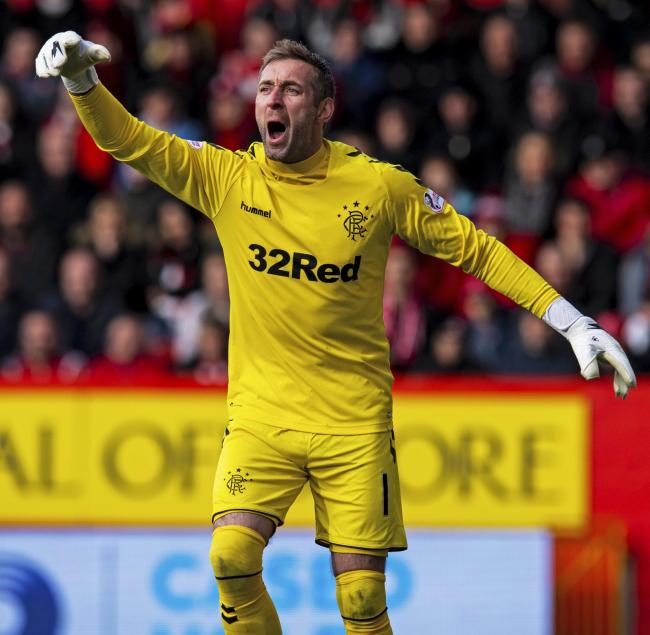 Allan McGregor could barely contain his annoyance at full time after Rangers laboured for another 90 minutes, mercifully picking up the three points this time.

Thanks to the goalie’s good work this afternoon (by some distance the man of the match and looking a bit more like his normal self) Rangers were able to come away from Dingwall with the win, because otherwise this one might have been a painful loss, particularly if Billy McKay had had his way.

But McGregor’s post-match interview betrayed his emotions and he was far from happy with the 10 men in front of him, as his short and slightly sarcastic answers to Luke Shanley demonstrated.

But his face told the full story, and he looked anything but pleased, which frankly is the standard we expect from true Rangers men and true champions who expect better than the rot that’s set in this year.

McGregor hasn’t been at his best since the new deal, and we’ve been vocal in saying that, and we’re sure an honest man like he would look in the mirror and know he could have done better at times, but today he was the reason, aside Kent’s goal, of course, that Rangers were able to pick up a win for the first time in what feels like forever.

He just wasn’t happy at all at the level of input he’d had to put in to achieve this against a side of the drastic quality of Ross County.

That the home side actually put Rangers to the sword for the majority of the second half before Kamberi slowly influenced a turnaround followed by Jones’ introduction shows the low level of the visitors’ performance, and how vulnerable we actually were for vast swathes of the match.

Ross County, bear in mind, are probably the league’s worst side in form, even if they weren’t the outright bottom team, and so for such a dismal outfit to actually threaten to beat Rangers might actually have been the final straw for Steven Gerrard.

As it worked out, Rangers have McGregor (and Kent) to thank for getting the win.

Just don’t expect the goalie to be happy about that.