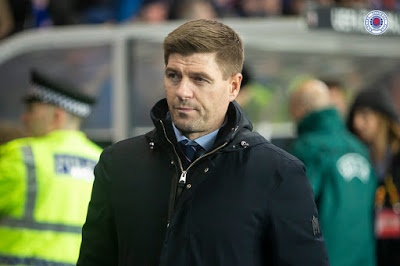 It’s time for something new at Ibrox. Steven Gerrard, ad-nauseum, has stuck with the same dreadful system and players for deep into the third month of a rotten period.

So, changes are afoot. We need something. And your resident football managers at Ibrox Noise have what we’d pick as our team (s):

A week ago we’d have stuck by the underperforming Allan McGregor, but we’re open now to getting him his hunger back by dropping him. Wes and Firth are hardly Dino Zoff, but Foderingham is adequate short term.

Out go Goldson and Tavernier. They’re dreadful. Barisic too hasn’t shown up since his head got turned and the new deal signed.

We know these four will play for us, will work, will graft, and try to earn the shirt. And there’s a reason we go with Patterson and Flanagan…

This is a problem area. Davis isn’t in sparkling form, and only plays his best when Jack is around – Jack is a doubt for the weekend. We wouldn’t start Kamara in a month of Sundays. We’d genuinely try to recall Docherty and McCrorie if it’s possible to do so. Aribo all over the place. Arfield out. Aside the two loanee recalls we have to say quality is at a premium.

Gerrard has a deep problem there even if he wants to make changes. Unless he has the balls to dip into the youth areas. Like we suggest for RB.

Which frees up Polster and Halliday to slot in midfield. With Hagi in front of them. It’s a bit kamikaze but we have to try things.

We have Jones criminally underused, and we can’t even use Tavernier as a RW because his attacking is horrendous these days. Can’t cross. We could desperately use Jamie Murphy, but again, unless his deal allows a recall, that’s a non-option.

Morelos is bang off, Defoe isn’t really fit, Kamberi is trying his hardest.

But here’s what we’d try:

A two winger system, a central midfield system, a 10 in front of them with Kamberi scoring the goals up front.

Due to injuries this isn’t our best experimental XI, but you have to work with the cards you’re given.

Our best experimental would be:

It’s a mix of our best players plus some who deserve a shot from our current squad XI. Plus, of course, a different formation.

One thing is for sure, the current setup is not working.

Which of these teams would you go with for Ross County?
Create a poll online