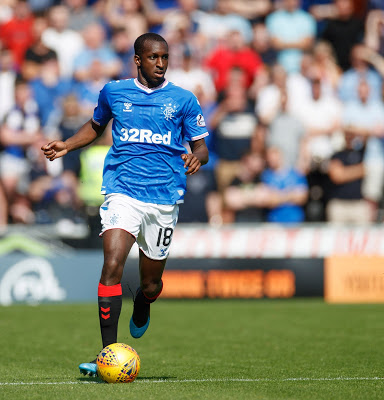 So it’s the day after the momentous night before, and while Rangers still have a job to do in Portugal to get to the last 16 of the UEL, there’s now every chance it can happen. Last night demonstrated Rangers are only beaten at the full time whistle. At least, the one who showed up around 70 minutes last night anyway.

Whether Stevie’s subs made the difference, whether it was, as Derek says, the players abandoning tactics and just going hell for leather, barely even matters, we’ve given ourselves a chance.

However, we do have to take a look also at some slight negatives (don’t worry, we’ll have a positive version after this!) – and those negatives are called Alfredo Morelos, Ryan Kent and Glen Kamara.

Sadly, all three are passengers at present, and while Kamara has been a pretty mediocre signing since he joined, Kent has depressingly failed to live up to his pricetag and Morelos is in horrific form since Motherwell.

A look in turn at each:

For whatever reason, be it off pitch, loss of motivation, general lack of form, whatever – Morelos is a passenger right now and isn’t even working as hard he as he used to. He doesn’t hide, but the pure gut-bursting ethos he used to have is currently awol, and his shooting boots have deserted him too. It’s affected his attitude and he got booked for dissent in yet another glimpse of the tempestuous nature bubbling under the surface. He’s a striker horrendously out of form, and Kamberi has earned a shot at the starting jersey.

We love him as much as we do Morelos, maybe more, but despite his goal tally, this is a signing which has not worked out yet. We’re not going to say it’s a flop, given how long Borna Barisic took to justify himself, but he’s not contributing to the team, and we can’t defend his dreadful form any more. We’re behind him to get out of this, but he needs a spell on the sidelines to regain his focus and hunger. He’s just not been at it since he returned.

Where do we start with this guy? We deeply resent the loan of Ross McCrorie away to Plymouth, because he’s leaps and bounds a better player. Kamara has been a rank average signing, and looks his pricetag more and more. We bought into his brief little form burst over the Split last year, but till then and since then he’s been either mediocre or far far worse. He has EVERYTHING to do to prove himself, and he could do it Barisic style, but our hopes are not high here. Technically abysmal, lazy beyond words, dreadful passing – Kamara has been horrific and he has to now give way to better players. He’s not good enough.

All three of these players need time on the bench or out of the squad. We have cover, and we have quality.

The only way to keep a squad hungry is by not gorging them.

Who would you drop of these three?
Created with poll maker