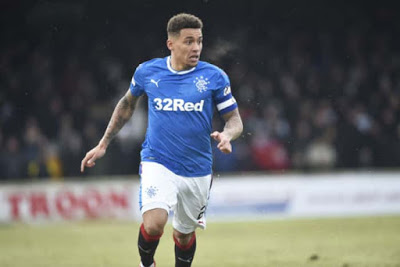 Earlier today we discussed how Steven Davis’ performance yesterday, if not his best ever, was much hungrier, harder-working and generally much more like what we expect from our midfield general.

We suspected it mainly came for being dropped for pure form reasons, and he was doing his utmost to prove he deserved his place back.

Well, this gives us two other examples of how Steven Gerrard’s approach has varied depending on the player, and how hopefully yesterday’s outing gives him a better insight for the future.

Glen Kamara and James Tavernier are two players who, for one reason or another, haven’t played so much lately.

Kamara has been in atrocious form, and only finally got dropped v Killie, not seeing a place since, while Tavernier was recovering from an operation.

Only, the Davis example showed how a dropped player will up his game on his return to show the boss he deserves that place.

And yet, the Tavernier example showed it’s a different rule for the captain.

The tactic of dropping a player for bad form is age-old, and a common technique to give a sub-par player a kick up the backside.

And it worked on Davis, and has even worked on Kamara in the past.

But Tavernier hasn’t kicked a ball in anger since his return, because the RB knows he’s completely immune to being dropped, however he plays.

Even more damning, he regained his place over the in-form Polster, has been clearly inferior, yet the American is back benched while Tavernier’s performances hit somewhere around ‘average’.

Doesn’t the manager see what happened with Davis? Doesn’t he see how players up their game when they get dropped for bad form? And yet Tavernier is completely invulnerable to being held to account when he plays badly. He has never been dropped for bad form, even when he has healthy competition for his place.

We do find his different approach with Tavernier, and we guess, Goldson, a touch bizarre, in light of how others in poor form get booted very quickly indeed.

Maybe it’s time non-performers, as a rule, lost their place. And not just some.