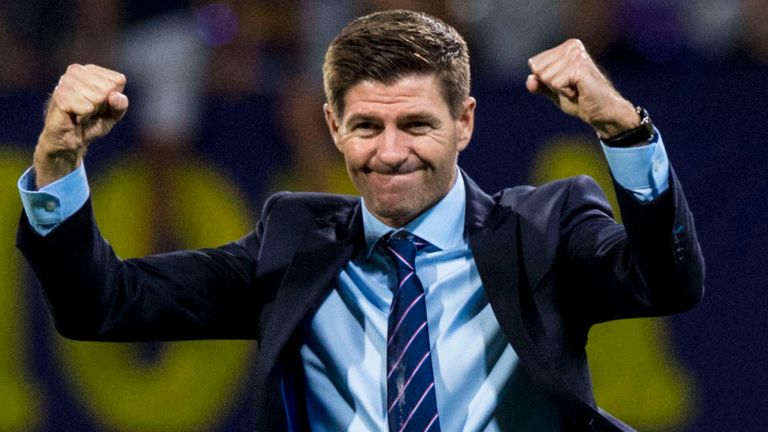 This is a slightly more abstract article, and we were hesitant about covering it, but the Man City scandal has a direct bearing on Rangers, and on our manager.

Steven Gerrard has admitted he’s very interested indeed to await the outcome of potential penalties for the Etihad giants, already dumped from Europe for two years, as pertaining to ramifications for the Premier League title they pipped Liverpool to in 2014.

In short, it is being postulated that Guardiola’s men (managed by Pellegrini back then) could be outright stripped of their domestic triumphs because they broke FIFA’s FFP (Financial Fair Play) rules with regards to how much they were actually making.

In short, the allegation FIFA have convicted them of is the claim they exaggerated their brand income in order to sign players outside of the rules – they allegedly used money their club didn’t generate to sign players they could financially afford, but not within the FFP rules laid out by the governance of the game.

The domestic implications are staggering, and end result could be if the Premier League agree with FIFA and UEFA, that Steven Gerrard (and Brendan Rodgers) Liverpool could be awarded that league title instead.

What does this actually mean – well, our manager will rightly feel cheated out of legitimately winning the title at the moment, because Liverpool played to the FFP rules, and didn’t sign anyone their income didn’t cover. Instead of their owners secretly paying extra, Liverpool stuck to the rules and only paid out what was coming in.

So it’s very possible City will be demoted.

Marseille, after all, guilty of match-fixing in France, were docked their title in 1993, while Juventus, guilty of influencing officials, lost their titles during the infamous ‘Calciopoli’ scandal which rocked Italy after their triumphant 2006 world cup.

There’s precedent for this.

Will Stevie be hopeful? We imagine he will. It wouldn’t be the way he would want to win a title, but it will say in the history books Liverpool 2014.

And that is what his playing career deserved.