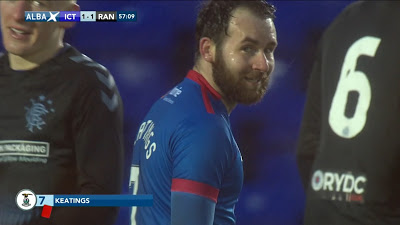 We discussed this earlier, but we doubt there’s ever been a more acidic rebuke of the processes in the Scottish game than that statement.

Inverness are bang on – it’s as if the authorities in our country literally have no idea about the sport they govern, and carry every decision, fine, suspension et al with absolutely zero competency.

Older Bears will remember the days of Jim Farry and even David Taylor (RIP to both) and how we all considered the powers-that-be a touch below the standard required as governed by those two men.

Well it’s evident we had it good with the pair of them, because since then we’ve had absolutely hopeless Chief Executives – Gordon Smith, Stewart Regan and now Ian Maxwell.

And if we add Neil Doncaster into the SPFL mix it’s pretty evident the system isn’t fit for purpose in the slightest.

And Inverness, like Rangers, absolutely slamming it as they should and using the strongest language possible – they simply don’t know about football, they don’t know the rules, the emotion, the context or the apparent difference between right and wrong.

Scotland is considered a third world of football – our clubs might be, in places, at the higher levels of European football, but they’re hindered, Celtic apart (and we really don’t consider Rangers’ Colts in the same way), by a legislation designed to favour all things Parkhead and dismiss justice for anyone else.

It’s just globally laughed at. We are.

And as long as an ‘independent’ adjudges a clear foul (it was) to be a dive (it wasn’t), it will never change.

And regular readers know we try to be fair on this site – we are well aware of who that ‘dive’ was against, and it wasn’t one. Doesn’t matter if it’s by a Rangers player or against Rangers, at whatever level, if it’s not Celtic expect a complete loss of sense.

Welcome to Scotland, 500BC.