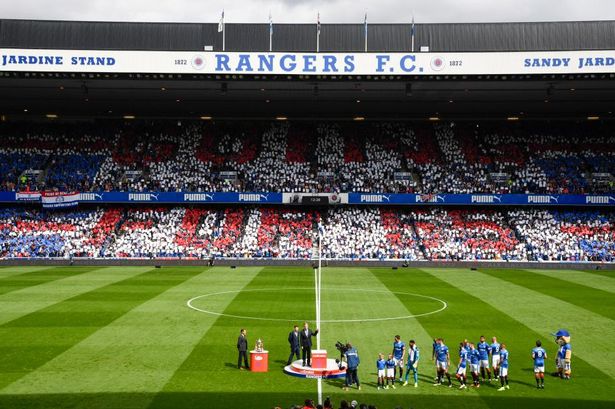 We ran a poll the other day, one on the fly. We actually forgot we’d set it up, as it was prior to yesterday’s painful result.

In it we asked a very simple question; in a choice between winning the league this season and the Europa League, which one would you prefer.

You responded in your thousands, and made it very clear.

85% of Rangers fans would prefer to win 55 than the Europa League this campaign, with just 15% opting for European glory.

We found this very telling, and very insightful.

One reply stuck out – he suggested he wanted the UEL, because of greater prize money, and the guaranteed UCL slot. But his heart wanted 55.

In simple terms, from a success point of view, from a financial one, from a credibility point of view and for looking at the bigger picture, there is no doubt winning the Europa League would serve Rangers infinitely better than winning the league.

But then you bring your heart into the equation. Tainted or not, no Bear wants Celtic to get 9IAR this season, and indeed a poll at the start of the campaign was unequivocal – it was, for around 98% of fans, critical we won the league this season.

That is now unlikely to happen, and we must turn our attention to the Europa League.

Let’s face it, winning the league was heart over head – the need to stop Celtic, the need to get 55. But in the grand scheme of things, the UEL would give Rangers more. More money, a place in the UCL, and a much bigger carrot to attract new players in the summer.

We don’t judge the result of the recent poll – we understand 85% of the support wanting 55 more than the UEL – and we almost agree.

But for the best of the club, if we had to choose, we’d pick UEL.

It is more important to stop Celtic winning 10IAR than 9IAR. And winning UEL gives Rangers a better chance next season of doing that.