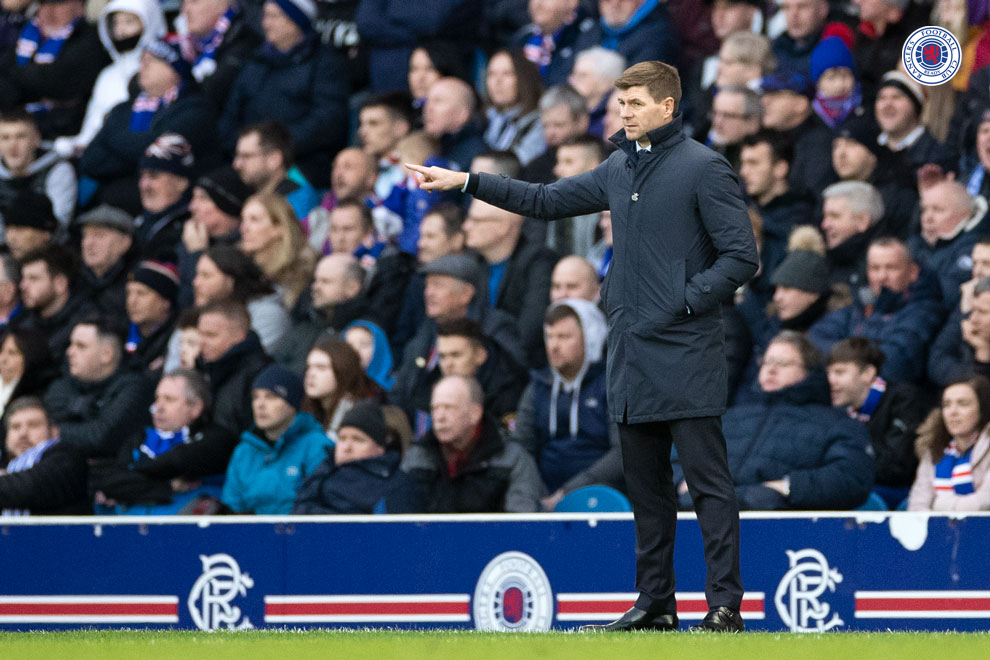 Contender for MOTM, Greegs pulled out big stops he shouldn’t have had to, and stopped Rangers losing this match. True, Cosgrove made that one on one easy with a ludicrously bad touch, but McGregor read it. A big display from the best goalie in the country. 8

Defended well, with discipline, and while he didn’t have a lot of joy in an attacking sense, his all round balance meant Rangers were solid on the right. 7

This is a shining light right now – Goldson’s clicked since new year, and is reading things well, anticipating well, and putting in really reliable defending. He’s probably in the best form he’s had since arriving, and seems to be revelling in the captaincy. 8

Another poor display from the Croat who’s going the opposite way to Goldson. Something’s gone wrong here, and the 23-year old is making more mistakes than normal. He just doesn’t look right. Very shaky. 5

Another one who’s gone in reverse – barely put in a useful cross, struggling to beat Logan, and was hardly watertight in defence either. The Roma distraction has really got to him and he hasn’t been himself since the new year. 5

His best this calendar year but it’s not saying a lot – he did do better with the ball and seemed a little less flustered than previous matches, but still not back to the imperious best he can produce. Better though. 6

God awful – we’re utterly fed up now seeing Kamara give the ball away repeatedly, and more fed up with the Staunch Loyal repeatedly defending his lousy displays. This kid is dire now, a passenger. 4

A strong display from a hungry player, Arfield is recovering from his wobble earlier last year and looks our best outfield player these days. 8

Honestly we didn’t notice him at all today. 4

Wasted by coming deeper, but at least the lad didn’t hide. Just couldn’t affect the match in a near central midfield position though. 5

Apparently we’ve missed him – on the evidence of this display, not by much. Didn’t look right all match and managed just one good shot, well saved. 5

Couldn’t even tell you why this kid came on. Just doesn’t have it, never did. 5

No lack of confidence, and plenty of energy, plus came to meet the ball a lot, but had no real effect on the game. Needs time. 5

He’s a Hibs player on loan at Ibrox. 4

Gerrard made a couple of changes but again his team looks completely spent – there’s no energy, no organisation, and guys like Kamara, Aribo and Ojo are not helping us get out of this rut. Aribo’s little RW experiment is already done, and Stevie now finds himself struggling deeply. Just like this time last year. Only worse. In fairness to him he tried changes, but unfortunately they were only in personnel – loading Aberdeen’s box with more players who weren’t trying wasn’t really a useful solution. Taking off Arfield was a ridiculous call. Bad day again for the boss. 4