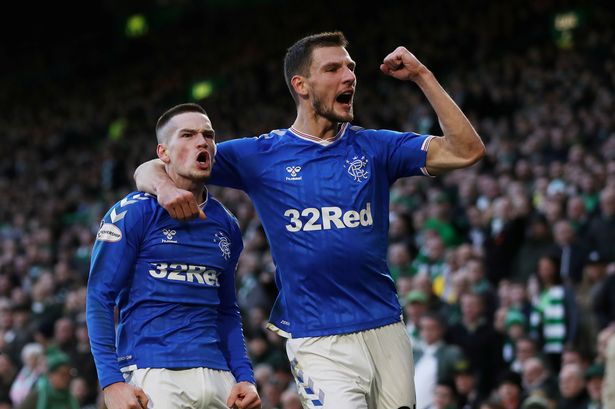 We don’t think we can overstate what a gigantic boost it is having effectively Rangers’ best player back in the form of Borna Barisic.

Steven Gerrard confirmed today the Croat is available, and if it’s anything like Ryan Jack and James Tavernier, and it is, the former Osijek man will start tomorrow for sure.

We have greatly admired Andy Halliday, and the honourable shifts he’s put in, but he, like us, wants the best for the team, and arguably the most in-form left back in Europe (discounting 2020’s admittedly slow start from the whole team) who tops the assists in the UEL has to be back in immediately.

While Barisic’s domestic form hadn’t been sparkling before his injury, it also wasn’t absolutely horrible, and we do feel his best tends to come out in European competition, against high quality opponents, just like it does for his country.

Hence he excelled v Celtic – the better an opponent is, the better he can perform – and he’s done all it all European season, especially in the group stage.

So having him back for another top-quality Portuguese side is a genuine fillip – as we said a day or two ago, Rangers would give him every chance to be back, and he is.

The only marquee player we’re now missing for this one is Ryan Jack – he’d be a certain starter. Filip Helander might have been, we can’t know, and Jermain Defoe wouldn’t have been.

Otherwise, Steven Gerrard now has a mostly full Rangers squad to pick from.

Mercifully including our Croat maestro.