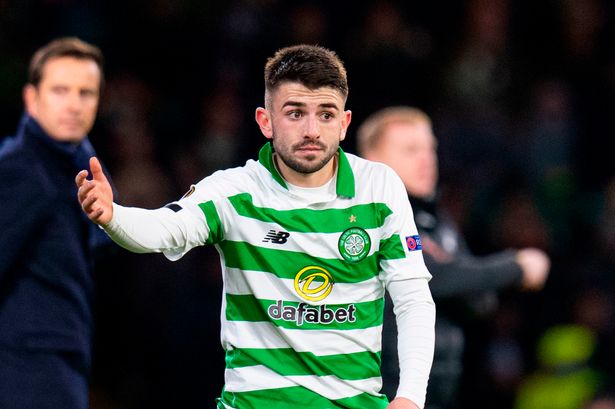 The SFA’s astonishing and comical pro-Celtic bias took another twist today when Celtic’s Greg Taylor did a throat slit gesture to the Celtic bench at Pittodrie to indicate he was finished, and the only reason you know about this story is because you’re reading it here.

Yes, Alfredo Morelos, castigated by the media, the game, and the authorities for the same gesture, was pretty much hounded for that symbol, while absolutely no mention has been made whatsoever of Taylor’s exact same actions.

Just like how Morelos’ ‘up yours’ gesture at Motherwell was seized on, while Scott Brown’s at the Rangers supporters wasn’t, there is no question whatsoever of a complete pro-Celtic bias in the annals of the SFA and the country’s football authorities and media.

We find it comically rich Celtic fans complain about an anti-Celtic press (yes really) when this kind of stuff makes it clear it’s anything but.

Naturally it’s not so much we don’t expect anything to come of Taylor’s gesture, because he’s a Celtic player – but because it wasn’t even reported by anyone at the time.

He’s not black, he’s not a Rangers player, and he’s not the most lucrative star in the league.

And he’s a Celtic player.

No wonder you didn’t hear about it.