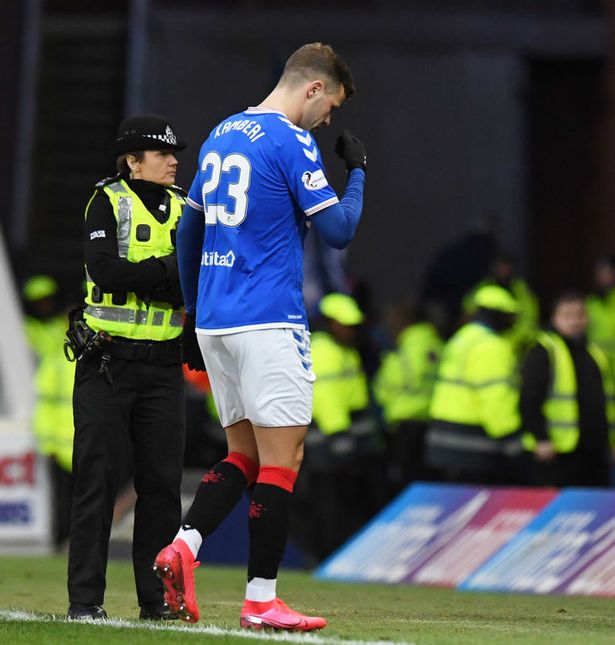 So after being critical earlier of three players we think need a rest, it’s time to praise four men who really rose last night, and whose ‘rising’ we need to continue for the rest of the season if we’re to have an outside chance of competing legitimately for the title.

Each of them in turn.

He’s simply been the best signing Steven Gerrard has made. He has much longer in his career to go than Allan McGregor, and he’s the captain of his country. He’s been the captain of Rangers since he signed in all but official honour, and no one works harder, leads more, and links midfield with attack as much as he does, while galvanising those around him. Oh, and scoring stunning goals. Last night again he was the one outfield home player who shone in that difficult opening 70 minutes, and he demonstrated why, consistently, since summer 2018, he’s been our best player overall. And he was completely free.

We slagged this guy something rotten – a Hibs player on loan for chief’s sake. But his few cameos have genuinely proven us wrong – he was a panic signing, yes, but he’s one determined to take his chance. The noticeable rise in energy from the whole team once he was on was tangible, and the lad looks hungry to prove himself worthy. He’s succeeding. He’s 24, and has no caps for his country, but hey if Eros Grezda can get them for Albania, anyone can!

He’s had some criticism for workrate from others on the site, but it’s not something yours truly shares. Aribo is great at picking the pocket of opponents, and I consider him a harder grafter than some give him credit for. He also has superb close control, as proven by his goal. His problem is it’s hard to get consistency from him, and he’s not exactly the most agile of 10s, but despite this he’s a player capable of great things. As he showed yesterday.

He’s been starving and it shows. This guy is a dynamo – even when things aren’t going great for him (as they actually weren’t till his goal) he never stops trying. He has pace, movement, and a fabulous finish. And in case you didn’t know, he’s equally comfortable on either foot. He’s galvanising the squad, and on a personal level, he’s doing his father truly proud. Not often a legend’s son turns out to be comparable with his dad, but Ianis is definitely living up to the name.

Rangers had one hell of a night last night. But it was mostly thanks to the above four. And long may their form continue.